The Northern Spy: why does the stock market always overreact?

Why is it that supposedly hard-headed evidence-based fact-found business and IT decision makers seem so driven instead by emotional and personal considerations?

Take the stock market, for instance. The one predictable thing about it is that it always overreacts, whether on the up or down side. Never has this been more apparent than lately, where every titbit of “news” sends it on a wild gyration, up several hundred points one day, down likewise the next, with no time or effort spared for considered analysis of said reports (calling them “information” is too generous, given the lack of intentional processing).

Speculative psychology is the driver, not investment analytics, and this is true whether short or longer term swings are the grist in the mill for speculative profits. Day traders try to make money in the moment, predators buy enough stock to force their views on the board, usually with a view to selling off profitable assets, maximizing stock values, then either declaring a large dividend, or selling out the position, in either case leaving behind a (possibly looted) shell. In between are the speculators with others’ money such as pension funds, a very few of which can cause market turmoil with buy or sell orders.

Consider Apple, for instance. Of late, feeding off reports of a speculated first-in-a-decade sales decline combined with a “what have you done for us lately” attitude, speculators are hammering Apple’s stock to make money on the down side–almost reminiscent of the days when every pundit in the “investment industry” was busy forecasting the company’s impending demise.

The same has been true in the oil industry, where prices were bid up on unrealistic expectations of shortages, which very action created a glut instead, droving the price down to the point where the producing companies must soon curb either supply or their free spending ways. No analysis here, just emotion.

Look at business, still sticking with MSDOS/Windows over Mac OS, despite vast and notorious unreliability and insecurity differences–yet another instance of deciding with one’s emotions rather than one’s head. The Spy is no fan-boy-for-a-brand in this respect. He uses Macs because they have a more coherent and easier to remember user interface than the sloppy imitation, because they don’t crash and lose his work, and because they last much longer, making the cost of ownership cheaper in every respect. He needs to just work. So do his machines. His decision on which OS and hardware to use is a no-brainer.

Peripherals and software are another matter as they don’t have the same cachet, no matter who makes them or for what platform. In recent months, he’s noted problems with the quality and security of connectors on USB-3 products, the longevity of memory on SSDs, and the ability by peripheral cards to handle the PCI-e bus correctly.

Even Apple has let a few things slip. For instance, from Yosemite on, support for the PICT format, though broken, is considered expendable in the sense that Apple has decided the format is legacy and not worth bothering with, so the display bug is certainly not worth fixing. What then about all the Spy’s mathematics exam files that contain MathType PICTs that no longer display, that can only be “fixed” by copying and pasting new versions of the graphics, since the communications link between MathType and some programs, such as NisusWriter, no longer works as it once did?

And is some of the latter due to indifference on the part of those two companies? MathType now works much better with Scrivener than with NisusWriter, and indeed Scrivener is gradually being trusted with more and more of the Spy’s everyday work, not just book writing. If it had a comparable search-and-replace function, he’d use it for all types of writing.

The Spy suspects that the “get it out the door in whatever shape” mentality that has come to bedevil the software industry has at long last started to infect some of the previously reliable players and is creeping into the hardware industry as well. But surely the litigious nature of America society should at least give manufacturers and developers some pause. It’s long been the case that hardware purchasers could be counted on to sue for breach of promise (not as advertised.)

Surely it’s only a matter of time before the same thing explodes into the software marketplace–very likely at the institutional before the consumer one. After all, the corporate and government scene is littered with the corpses of software projects that either were abandoned far short of completion, never did achieve all their goals, or were so badly written as to alienate their users. ‘Course, the next contract, the one to do it right after all, goes to the successor companies to the same entities that failed in the first place–after all they are (now) large (bloated with last time’s fees) and experienced.

Hey. There may not be a single software engineering silver bullet but there is a whole suite of techniques that have been well known since the seventies. Safe, secure, reliable, readable, portable, and modifiable code can be written using systematic planning, proper factoring, appropriate tools, and rigid coding, inspection and testing regimens. We know how, but the management decisions that determine what actually happen are based on the emotion of the day served up by industry Dilberts with little or no knowledge of the processes they are managing. It would be nice if SE techniques were systematically taught in the computing science schools of today, then enforced in the workplace.

Ah well, a few placed lawsuits may concentrate a few minds to realize there are fixes available. After all, the industry can scarcely deny malpractice when the plaintiffs can successfully argue that better techniques were well known and they refused to apply them.

We could ascribe some of this to growing pains. After all, it is manifest that the “hi-tech” industry is far from mature (perhaps an awkward young teen) so that bizarre behaviour, wild emotional swings, bad decision making, and sloppy work are almost to be expected. Mind, that is also part of the price to pay for the incredible creativity that has driven the industry these last few decades–much of that due to the boys and girls at Apple, with the rest of the industry copying the big men and women on campus in a frenzy of peer pressure adulation.

Some pundits wish the industry were more mature. But what would that mean in practice? That two or three companies would turn out a “general computer” product on the same essential design year after year for decades, only occasionally test marketing a new product, and scrapping most such ideas as not capable of producing a very long term revenue stream once the design were stabilized? “Stable marketplace,” after all, is a name for one that sees little or no year-over-year innovation, and treats patents as a cash cow to be milked on a regular schedule.

Yet, surely an industry with this many bright people can do a better job with quality control. It’s bad enough in the generic cookie-cutter PC box industry and has always been abysmal in the big-contract institutional software market. Let it not spread through the rest of the consumer and professional sphere. We can do better.

And if the reader detects a touch of recent bad experience rearing its ugly head here, she is quite astute. But the Spy has kilometres to go before putting that experience on virtual paper–further testing of peripherals, service departments, return and replacement policies, timely shipping, and so on. Stay tuned.

Under his other hat of Science fiction novelist, the Spy has now completed the final novel of ten set in the Timestream of alternate universes. Paladin is the concluding volume in both the now seven-book The Interregnum and the four-book The Throne series–at over 400K words a real blockbuster with all the mysteries solved and all the conflicts (along with a number of characters) settled. In a few weeks, when other projects are off his desk, he finishes his own proofreading and sends it out to trusty volunteers to find the last few hundred errors before it goes to the publisher. Meanwhile, the publisher should bring out Tara’s Mother the third volume of The Throne any week now, concluding the story lines set on fifteenth century alternate Earth Hibernia. Once it in turn traverses the rigorous maze of publication, Paladin will relate the alternate history of Hibernia from 1492 to 2001 and the second battle of Glenmorgan. Watch for both. 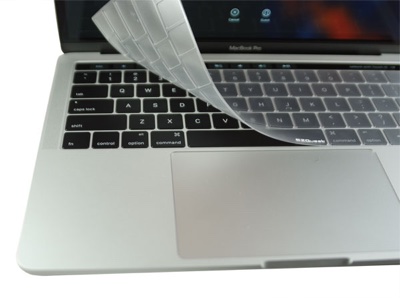 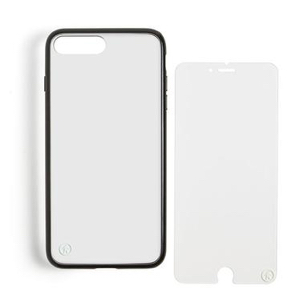