MacJournal 4 beta due this month

Mariner Software today announced that its popular journaling and blogging application, MacJournal, has reached the late development stage of version 4.0. The software is expected to ship in March. MacJournal 4 introduces several feature additions, as well as many bug fixes. The product will be available in beta form from the Mariner Web site sometime in January. Some of the new features in version 4 include: advanced blogging features (Atom support); podcasting support; audio recording; advanced search capabilities; and more. MacJournal 4 will be offered in numerous languages and will sell for US$39.95 (MacJournal 3.x customers will be able to upgrade for $14.95). 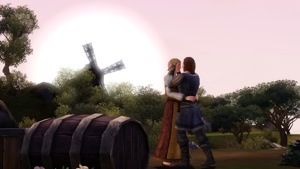 Sims Medieval available at the Macgamestore