MacTech Magazine acquired MacMod.com in November 2009 (see announcement below). The MacMod forums are merged with the MacTech Forums (see http://forums.mactech.com/) including some great areas dedicated to modding.

The MacMod articles are all merged into the MacTech archives here on this site already. Just search for what you are looking for!

November 6, 2009 — WESTLAKE VILLAGE, Calif. — MacTech Magazine and MacMod.com announced today that MacTech is acquiring MacMod, including the site, forums, and podcasts. MacMod’s community and spirit will live on with MacTech as its new home, and a chance to spread the excitement to a much larger audience than ever before.

“For 8 years, MacMod has been the home to many with all kinds of Mac and Apple creativity: a community full of people that make systems go beyond what they were originally intended,” said Neil Ticktin, Editor-in-Chief/Publisher of MacTech Magazine. “We’re excited about helping this community grow. We look forward to giving all this creativity an even broader base to draw on, and audience to see.”

“We’re thrilled to be working with MacTech in this acquisition. MacTech has been a staple of the Apple community since the beginning,” said Jacob Thomason and Anthony King, Founders of MacMod. “Many of our existing team will be continuing on with MacTech, and mods will get the exposure they really deserve.”

Initially, MacMod.com and MacModLive.com will continue on as they currently do. Over time, they will be integrated into MacTech’s web presence and the print publication.

Established in 1984, MacTech Magazine is the only monthly magazine focused on Macintosh at the technical level. Each month, MacTech and MacTech.com is read by 150,000 technical Macintosh users in over 175 countries … from network administrators to programmers, from solution providers to Enterprise, and in general anyone that’s interested in the Macintosh beyond the user level.

If you’re interested in getting under the hood of your Mac, if you want to know how to make things happen inside the box, you should be reading MacTech Magazine. Contact the magazine. Toll free: 877-MACTECH, International: 805-494-9797, custservice@www.mactech.com , https://www.mactech.com 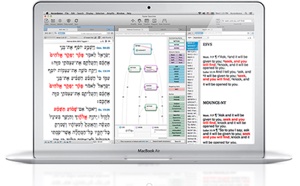