SAN FRANCISCO, Sept. 7 /PRNewswire-FirstCall/ — Apple(R) today announced
that the entire Harry Potter audiobook series is now available exclusively
on the iTunes(R) Music Store, the world’s number one online music service.
For the first time ever, every audiobook in the series, including the
latest release, “Harry Potter and the Half-Blood Prince,” is available as a
digital download from iTunes. Customers can either download individual
audiobooks or the complete Harry Potter Digital Box Set which includes a
full color digital booklet as well as previously unreleased readings from
author J.K. Rowling. Harry Potter fans can also purchase the complete Harry
Potter Digital Box Set together with a Collector’s Edition 20GB iPod(R)
engraved with the Hogwarts crest.

“We are honored that J.K. Rowling has picked iTunes for the debut of the
Harry Potter audiobook series,” said Steve Jobs, Apple’s CEO. “We’re
delighted to be able to bring these wonderful and wildly popular stories to
iTunes Music Store customers.”

The complete Harry Potter Digital Box Set is equivalent to almost 100 CDs,
but customers can purchase this entire audiobook collection with just one
click and then transfer all six books onto their iPod to take with them
wherever they go.

Up to now, The Harry Potter audiobook series from Listening Library (a
division of the Random House Audio Publishing Group) has been available
only on CD and cassette. It is by far the best selling series in the
history of audiobook publishing, with the six books selling over five
million copies. The narrator of all six books available in North America,
Jim Dale, won a Grammy award in 2000 for “Best Spoken Word” as well as
earned three Grammy nominations for his work on the series. The audiobook
series is available online for the first time exclusively on iTunes.

With Apple’s legendary ease of use, pioneering features such as integrated
Podcasting support, iMix playlist sharing, seamless integration with iPod
and groundbreaking personal use rights, the iTunes Music Store is the best
way for Mac(R) and PC users to legally discover, purchase and download
music online. The iTunes Music Store features two million songs from the
major music companies and over 1,000 independent record labels, 10,000
audiobooks, gift certificates and exclusive music not found anywhere else
online. 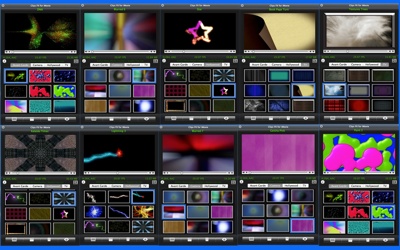