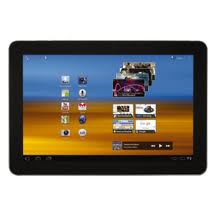 Apple has Just obtained an injunction banning sales and marketing of the Samsung Galaxy Tab 10.1 tablet in Europe. Apple has sued Samsung and other Android handset makers for patent infringement around the world. Australia banned the Galaxy Tab last week and now Europe, except the Netherlands has also banned the sale and marketing of the Samsung device just a couple of weeks from its launch.

This bodes badly for the Android platform and adds an international confirmation to the initial finding of the US International Trade Commission. Should the Galaxy Tab be banned in all the major markets, Samsung will be stuck with very cool tablets with no place to sell them. Apple’s legal actions are beginning to have a powerful effect just before the rumored iPhone 5 and iPad 3 launch possibly coming early this fall.

That a major electronics firm like Samsung could get stung with an international import ban bodes badly for the entire Android platform. See: http://www.telegraph.co.uk/technology/samsung/8691707/Samsung-Galaxy-Tab-10.1-blocked-in-Europe.html