MONTPELLIER, FRANCE : 31 AUGUST 2005 : Aquafadas today announced the
release of iDive 1.4, the latest version of its award winning software.
iDive is the “digital video shoebox” which allows users to import, catalog,
and tag their digital videos for easy searching and organization of movies.

One of the new features of iDive 1.4 is the ability to import movie files
in various formats from the computer’s hard drive, CD’s, and DVD’s. It can
now import any QuickTime movie format and is able to catalog iMovie
projects, giving users the ability to organize, annotate, view and retrieve
footage that has been captured using iMovie. “Imagine knowing the contents
of hours of digital video at a glance. This is what we achieved with
iDive,” explained Matthieu Kopp, Director of Aquafadas Software. “iDive
applies its groundbreaking Power Previewing to all the files imported and
referenced in the catalog, allowing you view and annotate movies even if
the original media is offline, for example on an absent DVD. The intuitive
and easy to use annotation categories let you apply the same organization
logic to all your video files, whether they were captured from a digital
video tape, or are QuickTime files of varied origins. Also, for the first
time, iMovie users will have a tool that lets them browse through their
projects and catalog the clips captured in iMovie.”

Compression has also been extended in this release and iDive 1.4 offers new
presets (H264, DV for FCP/FCE) as well as more user control and flexibility
when compressing clips.

Another change from older versions is the interface. This release has a new
source window with more details of movie data, new menus and sorting
capabilities, numerous productivity enhancements and redesigned icons. The
new iDive also features Trash, Last Import and All libraries nodes, the
latter being used to run searches of all the libraries in the catalog.

Whether for editing movies in iMovie or Final Cut, or for managing a
growing collection of Quicktime movies, iDive provides the right tools to
organize, view, and search movies, and to communicate with other
applications. And even for those who never find the time to do anything
with their digital videos, iDive can provide a different and refreshing
view of any shoebox full of tapes waiting to be organized. iDive won an
O’Reilly Mac Innovation Award 2004, International Category.

A single user license key sells for US $69.95, with academic prices being
offered at US $49.95. Volume discounts are also available.

Registered users of iDive can upgrade to iDive 1.4 at no charge.

Founded in 2004, aquafadas was formed to develop and promote high quality
software solutions for the digital video community. Visit their web site at
(http://www.aquafadas.com ) 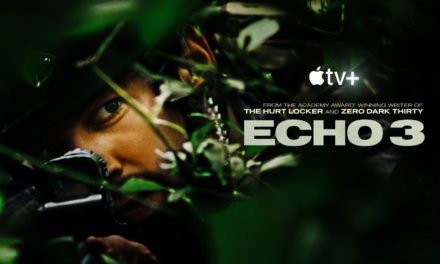