Tim Bucher, who headed Apple’s Macintosh Hardware Engineering until last fall, has filed suit against the company, alleging that Apple terminated him without cause and failed to pay all due compensation, reports CNET News.com. “As a result of the actions of defendant Apple, the plaintiff has suffered damages including the loss of income and emotional distress,” according to Bucher’s lawsuit. Bucher is seeking to recoup lost compensation, punitive damages and other penalties. Bucher was hired by Apple in March 2003 and was promoted to senior vice president of Macintosh Hardware Engineering last May, replacing Jon Rubinstein, who was named head of the company’s iPod division. 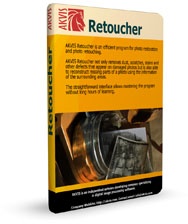 Deals: PictureSync 34% off today only