What is Troi Dialog Plug-in?

Troi Dialog Plug-in is a very powerful tool for displaying all sorts
of dialogs in FileMaker Pro. The text of the dialog and of the
buttons can be created dynamically by using a calculation. All from
within FileMaker you can:
– show dialogs with variable text and up to 4 buttons
– show an input dialog to let a user input data in up to 9 fields
– choose these input fields to be any of the following: simple text,
password field, popup list or check box
– show a list dialog or big text dialog
– show temporary flash screens
– show a progress bar for lengthy operations
– position the dialog box anywhere on the screen
– add a standard icon or your own icons

Troi Dialog Plug-in 3.5.3 is a maintenance release. This release does
not bring new functions. It has these fixes:
– Improved the Progress.fp7 example file. It now has an extra
Pause/Resume step of 0 seconds after the ‘show’ step. This will cause
the progress bar and text to be directly visible.
– Fixed a problem in TrDl-ListDialog: completely empty list items and
non empty last lines are now handled correctly.
– (Windows) Fixed a problem in TrDl-FlashDialog, where the cursor
could remain invisible after the flash dialog.
– (Windows) Fixed a bug in TrDl-BigInputDialog, where an internal
Troi debug dialog could appear (with error number 3), when using
FileMaker Developer 7 and the ScriptMaker option “Debug scripts” on.

Troi Dialog Plug-in 3.5.3 has the same features as version 3.5, which
added these new features:
– added a big input dialog function in which the user can enter a
long text (up to the FileMaker limit of 64000 characters)
– improved the InputDialog function significantly: you can now have
up to 9 input fields
– added possibility to preload password fields in the InputDialog
– furthermore we improved the list dialog significantly
– the flash dialog can display icons (even your own)

– give your users better and flexible feedback
– show quick instructions without the user having to dismiss the dialog
– build multi-language systems more easily
– make your solutions look more professional by using your own icons
and title bars in dialogs
– create a small list dialog when you have only a little list and a
big one if you have a big list
– control the way users type in data: you can, for example, let them
type more than 10 and less than 40 characters

A fully functional demo version of Troi Dialog Plug-in 3.5.3 is
available for downloading at Troi’s web site at:
(http://www.troi.com/software/dialogplugin.html).

Troi Dialog Plug-in 3.5.3 works with FileMaker Pro 7 and FileMaker
Pro 6. The plug-in is available for Mac OS version 9.1 through Mac OS
9.2.2, Mac OS X 10.2 or higher and Windows 2000 or Windows XP.
Licenses cost US$ 49 per user. Details on developer licenses and
multi-user discounts can be found on our web site. You can order
licenses from our web site.

Users who bought a license for version 3.x or earlier before 1 March
2003 will need to upgrade to use the 3.5.3 version. Upgrading from a
single user license is $19 per user. Upgrade prices for other
licenses can be found on our web site. You can order upgrades from
our web site. 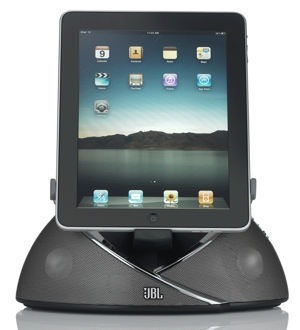