“DivX 5.2 for Mac is the best version of our Mac codec to date, and the new
1-step encoding wizard makes it incredibly easy for Mac users to create
high-quality video on the desktop that can be played back on DivX Certified
DVD players and portable devices,” said Jerome “Gej” Rota, creator of DivX
and co-founder of DivXNetworks, Inc.

To learn more about DivX 5.2 for Mac OS, visit
http://www.divx.com/divx/divxpro/mac. 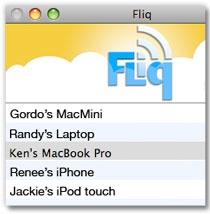