Viper Networks has announced that its new Wi-Fi vPhone, and the soon-to-be available Broadband Phone Adaptor have been tested and approved for use with Macs. Apple hardware owners utilizing any 802.11b wireless router, as well as Apple’s own AirPort or AirPort Extreme wireless base station, can use the Wi-Fi vPhone to place calls over Viper’s global VoIP (Voice over Internet Protocol) network to any phone number in the world. In addition, Viper’s upcoming Broadband Phone Adaptor will allow Mac users with a broadband Internet connection to take advantage of Viper’s VoIP calling services, as well. 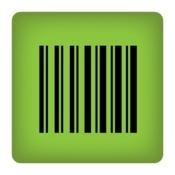 iCloud mail still unavailable for some