Ergonis Software has announced PopChar X 7.3, an improved version of the tool for finding and inserting special characters and exploring fonts.

With PopChar, thousands of special characters are only a few clicks away. Version 7.3 allows you to select skin tone variants of all applicable symbols of the Apple Color Emoji font. It  improves the organization of Unicode blocks and fixes a few user-reported issues and improves compatibility with El Capitan.

Sonic The Hedgehog comes to the iPod 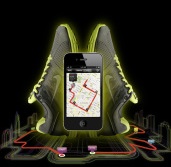