ScreenTime Media today announced the release of version 2.5 of their professional screen saver creation tool for Macromedia Flash. ScreenTime for Flash 2.5 can build Flash native screen savers for Mac OS X and Mac OS Classic, and adds support for Mac OS 10.3 (Panther) and Flash MX ’04. In addition, this release improves support for xml streaming, as well as file downloading. Also included is a Flash enabled “Settings” window, enabling screen saver developers to create custom controls for users to adjust settings such as sound level and playback speed. ScreenTime for Flash 2.5 is priced at US$199. Upgrades from previous versions are $99 per platform (free to registered users who purchased the full version after June 1, 2003), and include a free upgrade to version 3.0 (due later this year.) 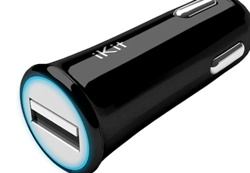