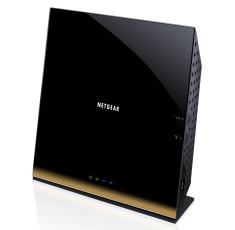 The upcoming 802.11ac wireless standard is the world’s fastest WiFi, providing gigabit WiFi speeds allowing for web content to download faster, and large video or music files to synch more quickly. The increased speed of 802.11ac technology is ideal for mobile devices, like smartphones and tablets, by providing three times the performance for a similar amount of battery consumption of devices utilizing the current 802.11n WiFi standard, according to the folks at NetGear. The NetGear R6300 WiFi Router will be available in May starting at US$199.99.