Houston, TX — May 7, 2003 — Alsoft, Inc. today introduced DiskWarrior
3.0, an upgrade to its award-winning utility that adds several new major
features including native Mac OS X directory rebuilding for Mac OS X
Extended disks, as well as disks running under earlier versions of the Mac
OS. Also new to this version are significant speed improvements, support
for journaling, and a component that uses a drive’s built-in S.M.A.R.T.
technology to monitor drive hardware, giving users the opportunity to back
up data when hardware is in danger of failing.

This new version retains its ability to compare the existing directory with
the rebuilt one, showing users which files and folders have been affected
by directory damage before any changes have been made to their disks. In
addition, DiskWarrior can generate a graph for users to visually determine
the state of fragmentation of their directory. Directory fragmentation can
cause decreased disk performance.

DiskWarrior was designed from the ground up with a totally different
approach to resolving directory damage. It provides Mac OS users the only
method to resolve all existing damage to their HFS (Mac OS Standard) and
HFS Plus (Mac OS Extended) disk directories, including those of Mac OS X
Extended disks. DiskWarrior also speeds up overall disk performance due to
its directory optimization.

DiskWarrior is a revolutionary utility that combats disk damage. It quickly
rebuilds, recovers, and optimizes HFS and HFS Plus disk directories,
eliminating all directory errors and recovering lost files. Other utilities
attempt to repair disks by patching the damage. Patching can result in more
damage and permanent loss of files. DiskWarrior’s patent-pending method of
rebuilding a new replacement directory repairs every possible error with a
directory, something that no other disk utility can claim.

DiskWarrior’s ability to rebuild a directory and recover lost files and
folders is unrivaled. Only DiskWarrior completely rebuilds a user’s
directory based upon the data it finds in the old directory and verifies
the rebuilt directory to ensure that it is error free. And only DiskWarrior
has a patent-pending technology that allows users to preview their disks as
they will appear after the directory is repaired but before any changes are
made to the disk. With DiskWarrior, there is never a risk of losing
directory data and thus never a risk of losing access to a user’s files.

Alsoft is taking orders for DiskWarrior 3.0 and the updated DiskWarrior
CD-ROM online at Alsoft’s web site (www.Alsoft.com) or direct from Alsoft
at 800-257-6381 or 281-353-4090. Retail price for DiskWarrior is $79.95
USD. Site licensing and volume purchase discounts are available. Upgrades
from earlier versions of DiskWarrior are $39.95 and can be purchased
directly from Alsoft.

DiskWarrior supports any Mac OS Standard (HFS) or Mac OS Extended (HFS
Plus) disk. To start up and run from the DiskWarrior CD requires a G3-based
or higher Mac OS computer with at least 128 MB RAM. For customers who have
older PowerPC-based Macs that are not capable of running Mac OS X, the
DiskWarrior CD will start up an earlier version of the Mac OS, allowing
these customers to run DiskWarrior version 2.1, also included on the
DiskWarrior CD. To install the DiskWarrior application, you must have a Mac
OS computer running Mac OS X 10.2.1 or later. DiskWarrior supports SCSI,
IDE, FireWire, and USB devices and is compatible with any storage medium
formatted as a Macintosh disk. 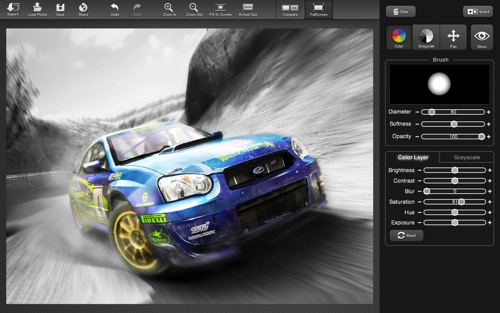