Tenon’s tools are designed to complement, extend and update Apple’s
included Apache and to make it easy and fail-safe for webmasters to set up
and support sophisticated network servers. iTools makes Apache on Mac OS X
the easiest Apache in the world to administer. iTools 7 includes extended
control over networking elements that would otherwise require UNIX command
line access. You can now use the iTools GUI to set up Firewall filters (on
protocols, ports or IPs) and even to set up IP6 over IP4 tunneling. Also
included is mod_dav 2.0 for collaborative web development, with an easy to
configure panel that lets you set up password controlled WebDAV with a
single button setting.

The iTools package is $349. Post.Office, a powerful mail server and list
server, can now be accessed via the iTools Manager. The basic Post.Office
package is $295. A companion shopping cart package, eShox 2.0, is also
available from Tenon for only $299. All three products can be purchased
from the Tenon web site: http://www.tenon.com 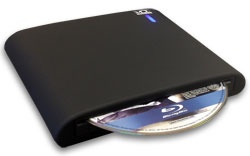 Default Folder for OS X gets a maintenance upgrade