The semiconductor and electronics original equipment manufacturing (OEM) industries are set to enjoy significant revenue growth in 2013 — partly due to their tight management of inventory levels — according to a Supply Chain Inventory market brief from IHS Inc. (www.isuppli.com).

Among OEMs in six categories, total revenue in the third quarter reached an estimated US$493 billion, up a robust 7% from $462 billion in the second quarter. Revenue in the final quarter of the year is expected to climb at an even more blistering pace, reaching $540 billion with sequential growth of 10%.

In contrast to the strong performance for the two last quarters of the second half, the first two quarters of the year started out more quietly, with growth in the second quarter reaching only 2%. Industrial electronics was the strongest of the six segments being counted in the third quarter, but wireless communications will finish on top during the fourth quarter. The other OEM sectors included in the revenue count are data processing, wired communications, consumer electronics and automotive electronics.

Echoing the solid performance of OEMs, a sample of semiconductor companies is providing revenue guidance for an increase sequentially in the third quarter of 5%, once final figures are in.

“Inventories have been lean throughout the channel in 2013, following a correction from oversupply in 2012 as demand unexpectedly fell in the second half of the year,” says Sharon Stiefel, senior analyst, semiconductor market intelligence, for IHS. “This leads IHS to believe that revenues are tracking with actual end demand, rather than to build or drain inventory.”

For companies such as chip suppliers of handset OEMs, whose revenues peak during the same quarter, third-quarter inventory levels are believed to have remained flat or decreased. Meanwhile, those companies with anticipated seasonal holiday shipments, such as handset OEMs, most likely ramped up inventory in the third quarter to meet holiday demand in the fourth, to be followed by a welcome decline in stockpiles during the fourth as products are shipped out.

In particular, wireless semiconductor company revenue peaked in the third quarter, driven by OEMs ordering wireless chips for smartphones, tablets and 4G wireless adoption. On the OEM side, those selling game consoles and handheld video game players are also expected to enjoy a boost in revenue as new-generation players hit retail shelves after a seven-year period that did not see any major upgrades.

Another factor, the introduction of Windows 8.1 in mid-October coinciding with the release of new laptop and tablet models, will also strengthen some categories, such as PC OEMs and consumer electronics makers.

Overall, inventories can either rise or fall, depending upon whether the time frame is going into a high demand period or just following a period of high demand. The current situation indicates that inventory levels tend to be inversely related to revenues just prior to, and following, periods of high demand.

The expectations for a lively second half for the inventory market do not factor in the negative impact that could result from the recent U.S. government shutdown, which lasted slightly longer than two weeks. While impact to the semiconductor and OEM inventory market for holiday sales seems minimal following the reopening of the federal government, uncertainties remain because new fiscal deadlines must be dealt with in the first quarter of 2014.

This could lead to belt tightening among consumers that, in turn, cause an even lower first-quarter market in an already seasonally low period for sales and activity. The extension of deadlines into early 2014 could then serve to hinder semiconductor and OEM revenue growth, as well as inventories, in the first quarter, IHS believes. 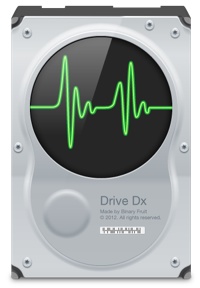