New Albany, Ohio — July 17, 2002 — Power On Software, Inc., a recent
inductee into the prestigious Inc 500 roster of America’s fastest growing
companies, has announced today the formation of a new division: Now
Software. The new entity will focus exclusively on the scheduling and
contact management line of products that were at the core of the original
Now Software’s enormous success in the Macintosh market. In creating the
new division, Power On is also announcing Now Up-to-Date & Contact for
Windows?, the most sought-after companion product to its legendary
Macintosh personal information manager (PIM). Making its debut at Macworld
Expo, and scheduled to ship later this year, the new offering lets
Macintosh and Windows users share their calendars across the enterprise. In
a multi-platform world, it is essential to permit schedules to be tracked
on a number of platforms and devices, and Now Software is addressing that
need with Now Up-to-Date for Windows.

John Wallace, President of Now Software, explained the decision to create
the new division: “Power On Software has grown tremendously in the past
five years in both the PIM space with Now Up-to-Date & Contact, and in the
utilities space with Rewind?, On Guard?, and the ACTION Utilities. As we
formed our strategic plan, it became clear that we would need different
organizations to focus on each product area. We could not imagine a more
descriptive and venerable name than Now Software to denote this focus on
our calendar and contact products.” Mr. Wallace continued, “Our new Windows
version is feature-for-feature identical with our Mac version. We are
working diligently to broaden Now’s line of products by adding innovative
solutions that address business planning and communications needs.”

As part of the new company’s strategic focus on facilitating the
integration of core business functions, centered on organization and
efficiency, new software products will offer virtually identical
cross-platform capabilities and interface design to enhance ease of use and
reduce cost of ownership. Products sold under the Power On Software brand
will continue to focus on utility software, with products such as On Guard
for Mac and Windows, ACTION Utilities, and Rewind.

Power On Software, Inc. was founded in 1993 and has established itself as
the leader in utility and business productivity software. Power On is the
developer of the MacWorld Best of Show award-winner, Rewind?, and also
develops the ACTION Utilities? Collection. These products, together with
the Eddy Award-winning Now Up-to-Date & Contact have consistently garnered
industry accolades, including Product of the Year, multiple Editors? and
Readers? Choice honors, seven World Class Awards and back-to-back Eddy
Award nominations. Power On Software is also the developer of DiskLock and
On Guard for Macintosh and Windows. Power On is committed to providing the
highest quality productivity software, with an emphasis on total customer
satisfaction. 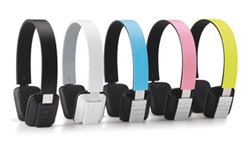