Now available to OmniGraffle users are the Periodic Table and Maps
palettes. The Periodic Table object palette contains elements 1 through
118, each with identifying colors. Each element in the table has a magnet
count equivalent to its valence so you can easily create bonds between
elements. The Maps palette contains road signs, landmarks, and other
symbols useful for producing clear, easy to read maps.

OmniGraffle palettes are available free of charge from the Omni website:
http://www.omnigroup.com/applications/omnigraffle/extras/

OmniGraffle helps users draw out anything that can be represented by
symbols and lines: flow charts, org charts, network diagrams, family trees,
project processes, office layouts, and much more. OmniGraffle can also be
used for nontraditional diagramming purposes like charting storylines or
planning events. With efficient tools like ‘smart’ shape magnets and
detailed control palettes, OmniGraffle provides a comprehensive feature set
with a remarkably easy to use interface.

More information and a free trial download are available at
http://www.omnigroup.com/products/omnigraffle/

OmniGraffle 2.0 Licensing and Pricing
OmniGraffle can be downloaded as a free trial, with some limited
functionality. In unlicensed mode, OmniGraffle can still be used to view
other OmniGraffle documents. The 2.0 upgrade is free to registered users of
OmniGraffle 1.0, including users who have purchased a PowerBook or Power
Mac since January and have OmniGraffle 1.0 already installed on their
machines.

About The Omni Group:
The OmniGroup, founded in 1993, develops Mac OS X applications and ports
games to OS X. The OmniGroup has produced OmniWeb, the only web browser
built specifically for Mac OS X, and the winner of two 2001 Apple Design
Awards. The Omni Group also is the developer of OmniGraffle, a diagramming
program that won two 2002 Apple Design Awards, and OmniOutliner, an
outlining and organizational tool. OmniGraffle and OmniOutliner have been
bundled on Power Macs and PowerBooks since January 2002. The OmniGroup is
located in Seattle, WA. More information on The Omni Group is available at
www.omnigroup.com. 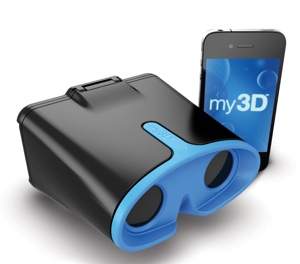