BASh is the first 4D component publicly available after the release of 4D
v6.7.0 by 4D, Inc., and 4D SA. With this release, BASh is now the first
publicly available component that has been fully carbonized. And, in
keeping with the tradition of offering high quality and services, Deep Sky
Technologies, Inc., has made the BASh component available for free to the
developer community.

BASh v1.7.0 contains 17 new methods. All total, the BASh component now
consists of 345 methods across 27 modules of code. The manual is over 420
pages long and describes every single method call in detail. The manual has
been redone completely and now includes a complete bookmark listing
throughout the PDF. Documentation has now been provided for all of the
error codes through the BASh component. As well, this release of the BASh
component includes the documentation module, z_Library, as a separate 4D
Insider library.

“By the way, just in case I’ve never said it before, BASh is
exceptionally cool. Thank you!”

“New BASh Documentation is GREAT! For a number of reasons, I had been
reluctant to use BASh. I was primarily afraid of the instability of
components and after the Foresight debacle was not anxious to use 3rd party
tools especially for routines that if I had the time could duplicate. In
fact many of the routines included in BASh, I already had in my utility
routines. One set of routines, I had been meaning to write was for Date
Time Stamps. Since BASh already had the DTS module, I decided rather than
waste time re-inventing the wheel I should give BASh a try. That was a
couple of months ago. I now extensively use the DTS commands and have begun
using several other modules, particularly the DSS module. Overall the
methods in the component are very well organized. One area of BASh, that I
did find disappointing was the documentation because the PDF lacked
bookmarks. Yesterday you posted the latest version 1.62 and now the
documentation has been updated with bookmarks and is really great. I would
like to thank Deep Sky for making this component available and their
extensive support of the 4D community.”

“Just thought I’d let you know that your last message caused a light to
suddenly flicker on in my head as to how 4D works. I’ve now got my database
almost all rebuilt with most all of the functions I ever wanted, in less
than a full day’s work! Now, I’m going to venture into actually defining my
relations (I’ve been doing this through Lasso) and putting a real user
interface on the whole thing. Thanks for your help and thanks so much for
your wonderful BASh component. I’m using the Date Time Stamps, Sequence
numbers, some encoding and I’ve just started playing with the array module.
I can’t imagine having done all of this without BASh.”

“The real benefits here are that it (BASh) is already documented,
thoroughly debugged, and from a top-notch programmer. Heck, I trust HIS
code _more_ than my own! Mine doesn’t have hundreds (or thousands?) of
developers banging on it… I’ve been adding more and more of BASh to my
everyday arsenal. You don’t have to learn it all at once. The DSS component
alone is worth the added “clutter”. I personally think BASh is a great
little treasure chest.”

“If you are using 4D 6.7.x, get a copy of the BASh component from DeepSky.
Once you read through the documentation, you’ll realize how much time it
will save you-the string, date/time and array handling methods are worth
the download time in themselves. I haven’t gotten into other things yet,
but…”

“4D should put BASh in the box with 4D. This free component provides dozens
of utility routines every 4D programmer is likely to need. I particularly
appreciate that many of the most common, and tedious, conversion tasks are
handled so gracefully. The dynamic variable assignment module is worth the
price of the component alone! This code eliminates one of the 4D languages
limits while treading lightly on RAM. Thanks to Deep Sky for their
generosity in writing and upgrading this great tool. I’ve never gotten a
250 page manual with a free developer tool before.”

“I have been using the DSS module for some time now. It’s rock solid code.
The ability to use the DSS module to implement a type of ‘pointer to local
variable’, makes programming 4D more intuitive and flexible. Combine DSS
with ObjectTools and you have a very powerful solution to handle all those
AreaList Pro objects in your database. And now it’s bundled with a bunch of
other useful stuff. So why not do yourself a favour, install BASh. You’ll
thank yourself for it, I guarantee it.”

“Even if you only use the variable management system (DSS), this component
will allow you to structure your code as never before. This and the other
modules provided in BASh will provide even experienced developers with
features that they would have been using for years if only they had been
able to invest their time in the coding effort. Most of us have not.”

Features in the BASh component

The BASh component consists of many different modules of methods which
provide extensive utility services in 4th Dimension applications. The list
of modules currently available in the BASh component is:

Version 1.7.0 of the BASh component contains 17 new methods. Additions have
been made to the ARR, BLOB, CODEC, CRYPT, DATE, DTS, ENV, FILE, RES, and
WORD modules.

Of particular interest, support for MD4 digest calculations and DES
encoding and decoding is now available directly in the BASh component.
Utility routines across many other modules have been added to the component.

Full support for 4D Carbon is now available with this release of BASh. The
BASh archive now contains fully carbonized versions of the Affix documents,
as well as separate versions for 4D v6.7.x and 4D Carbon.

Many bug fixes have been included in this version. As well, there have been
many improvements made in the speed of the MD5 digest calculation routines.

4D Pack, the plugin available from 4D, Inc., and 4D SA, is now a part of
the BASh component. Macintosh and Windows versions of 4D Pack have been
included with the BASh component archive for ease of installation into all
4D projects.

All of the new methods within the BASh v1.7.0 release are readily
upgradeable for current users of BASh. There is are no changes required in
existing code to begin using the new version of BASh with the exception of
a single addition to be made in some of the database methods.

The BASh component can be downloaded by following the Downloads link on the
Deep Sky Technologies, Inc., web site, located at:

Based in Vero Beach, Florida, Deep Sky Technologies, Inc., provides
software development, consulting, hosting, and colocation services. Founded
in 1997, Deep Sky Technologies, Inc., develops and supports a wide variety
of software development tools and services to aid in the creation of custom
applications and web sites for the Macintosh and Windows platform. For more
information, please visit our web site at http://www.deepskytech.com/ .

You can also join the Deep Sky Technologies, Inc., announcement
mailing list. Subscriptions can be placed online at: 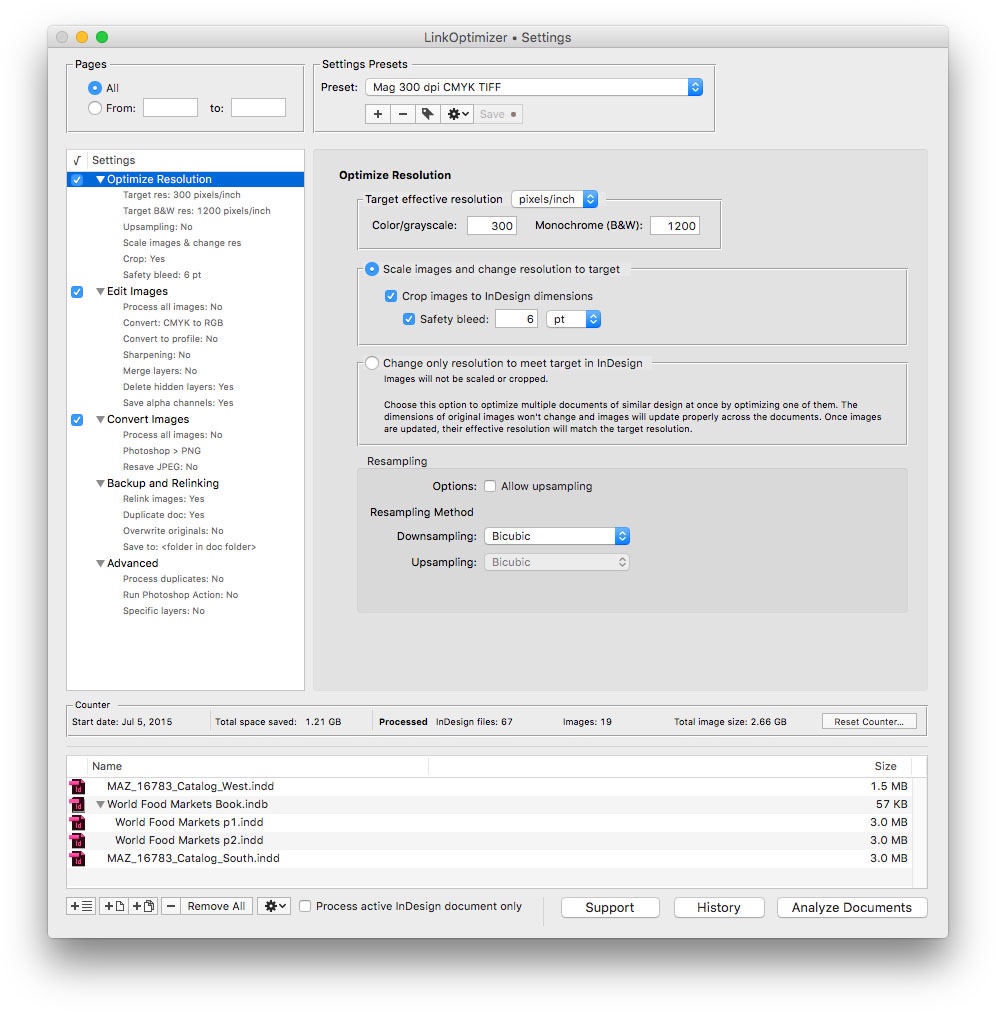 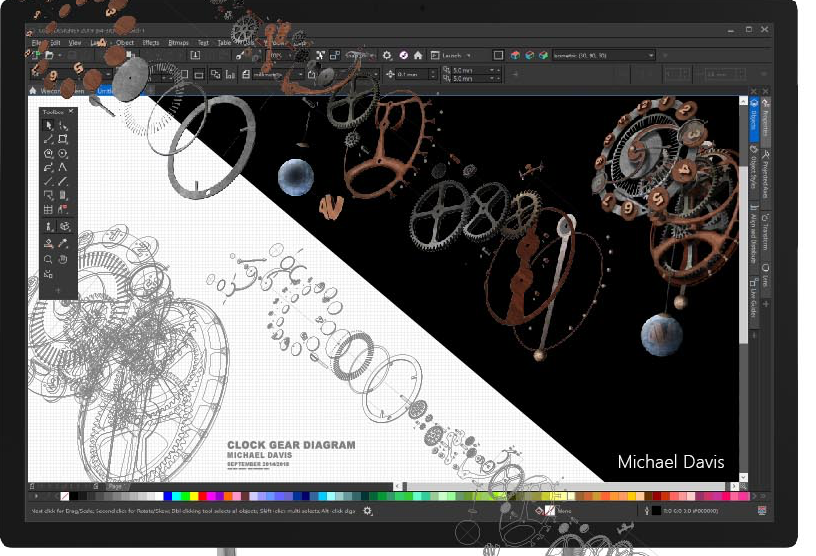 80% of mobile subscribers will be in developing countries by 2017