equinux is proud to announce the interoperability of F-Secure VPN+ and
VPN Tracker; the VPN+ gateway software now supports Mac through its
compatibility with VPN Tracker, it enables secure network
opportunities for the Mac community.

Boston / Munich – 11/03/2003: F-Secure VPN+ is a client, server and
gateway software product running on Windows or Linux that secures the
network connection, provides strong encryption and supports multiple
protocols, security standards, connection types and authentication
methods. The alliance of equinux VPN Tracker and F-Secure VPN+
provides a solution that enables Mac-users to securely connect to the
corporate network using the flexibility of the Internet, without
compromising their companies’ interests.

F-Secure presently support Windows with a VPN client, and today the
announcement of the alliance with equinux also opens opportunities on
the Mac market. "We are pleased announcing this collaboration, as
we have found a great way to integrate Mac users and provide them with
a solution tailor-made for their needs", states Travis Witteveen,
General Manager of F-Secure Germany. "The possibilities on the
ever expanding Mac market are immense and we want to be a part of the
Mac community."

Mac OS X users now have the opportunity to configure a VPN Tunnel over
the Internet to their F-Secure VPN+ gateway from remote locations and
safely access, connect and use computer and corporate networks. Using
the IPsec protocol transferring data, chatting and any other network
traffic will be encrypted and remain inaccessible for any unauthorized
users. "Having a F-Secure VPN+ device, connected to a VPN Tracker
is an excellent setup for midrange companies operating heterogeneous
networks, it is secure networking at your fingertips", comments
Ortwin Gentz, CTO at equinux. "It is safe and easy access to
companies’ network from home or from the road and it is very cost
efficient."

Pricing and Availability for VPN Tracker
VPN Tracker 2.2 can be purchased from the equinux website, and from
authorized VPN Tracker consultants worldwide. Pricing starts at $89.90
for a single Personal Edition license, the Professional Edition
version is $199.90. To upgrade from previous 2.x versions is free and
to upgrade from 1.x starts at $19.90. For multiple licenses equinux
offers volume discounts.

About F-Secure
F-Secure Corporation is the leading provider of centrally managed
security solutions for the mobile enterprise. The company’s
award-winning products include antivirus, file encryption and network
security solutions for major platforms from desktops to servers and
from laptops to handhelds. Founded in 1988, F-Secure has been listed
on the Helsinki Exchanges since November 1999. The company is
headquartered in Helsinki, Finland, with the North American
headquarters in San Jose, California, as well as offices in Germany,
Sweden, Japan and the United Kingdom and regional offices in the USA.
F-Secure is supported by a network of value added resellers and
distributors in over 90 countries around the globe. Through licensing
and distribution agreements, the company’s security applications are
available for the products of the leading handheld equipment
manufacturers, such as Nokia and HP.

About equinux
Founded in 1998, with offices in Munich and Boston, equinux is
the worldwide leader of VPN and APC software for the Mac OS X
platform. Famous for the VPN Tracker, that provides secure networking
for Mac users, and for the APC Tracker that controls Mac servers
connected to UPS devices. 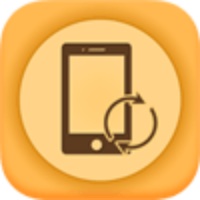