FRAMINGHAM, Mass., January 15, 2002 – IDG World Expo, the leading producer
of world-class tradeshows, conferences and events for IT markets around the
globe, today announced that attendance numbers and business indicators for
last week’s Macworld Conference & Expo demonstrate an extremely positive
outlook for the Mac and tradeshow industries. Featuring innovative products
from nearly 350 exhibiting companies and top-notch educational content,
Macworld attracted 87,890 tech enthusiasts from nearly 100 countries to San
Francisco’s Moscone Center January 7-11, 2002. The strong attendance at
Macworld is in sharp contrast to other recent IT trade shows which have
reported significant declines in attendance.

“The tradeshow industry at large was watching Macworld in San Francisco
closely for indicators of the business coming back,” said Charlie Greco,
president and CEO of IDG World Expo. “By all accounts, Macworld San
Francisco was a home run this year. It’s a good sign to see so many
exhibitors doing business and a show floor packed with eager buyers.”

Attendees eager to learn about the latest hardware and software for the Mac
platform crowded the Moscone Center, with lines extending out the building
three days in a row. The event’s buzz and news announcements helped draw
significant numbers of technology buyers, once again securing Macworld’s
position as the largest technology tradeshow in San Francisco.

“The enthusiasm at Macworld for the new iMac, our incredible iPhoto
software, and Mac OS X was fantastic,” said Philip Schiller, Apple’s vice
president of Worldwide Product Marketing. “Tens of thousands of great
customers packed into Apple and third party booths to see all the latest
innovations – it was a great show.”

The event kicked off on Monday, January 7th with the much-anticipated
keynote presentation by Steve Jobs, Apple’s CEO. Jobs introduced a totally
redesigned iMac that features a stunning 15-inch LCD flat-panel display,
and the highly flexible iPhoto software for digital photography management,
designed exclusively for Mac OS X. Attendees were given hands-on access to
Apple’s new products, as well as more than 100 other new products from
other Macworld exhibitors when the show floor opened on Tuesday, January
8th.

Macworld also offered a valuable opportunity for Mac enthusiasts to network
and collaborate with peers who also feel passionately about the Mac
platform. A number of familiar faces from the entertainment world took a
spin around the show floor over the course of the week, including Jerry
Harrison of Talking Heads fame, actor/comedian Sinbad, revered musician
Herbie Hancock, the Grateful Dead’s Bob Weir, and Steven Tyler along with
fellow Aerosmith band members.

“Macworld conference sessions continue to be the authoritative Mac
education and training programs, and conference attendees were very
positive about the range of session topics,” added Greco.

“We’ve had a very positive reception to the new products we are showcasing
at Macworld,” said Kristin Tedesco, director of marketing at exhibiting
company Mediafour. “The number of attendees and their level of interest is
incredible. Macworld is the show where we can expect the attendees will
have a high level of technological knowledge. We love it when people stop
by, take a glance at our sign, nod their heads and say ‘I get it.'”

Among the other new products showcased at Macworld were:

=B7 XPlay by Mediafour, which gives Windows users the ability to seamlessly
use the iPod, Apple’s new portable MP3 music player

=B7 Procreate’s Painter 7, used in a true life digital drawing class for
attendees held on the show floor

=B7 FireWire Que! DVDBurner+RW drive by Quality Performance Service (QPS),
which features the only rewritable format that is fully compatible with
existing DVD set top video players and DVD-ROM drives

=B7 FireWire External Storage by Unibrain, a fast and hassle-free way to add
massive storage capabilities without the high cost of conventional storage
devices

=B7 Optimizeit Suite for Mac OS X by VMGEAR, a toolkit that allows
development teams to improve the performance and reliability of any Java
program

Five-year-old Charles Phillips, who reviews Mac hardware and software in
collaboration with his father for Family-Mac, gave his third Macworld
Conference & Expo a thumbs-up. “Sure, I would like to have the new iMac.
I’ve been using Macs since I was two.” Phillips has officially requested a
new iMac from his parents, who bought him Pangea Software’s OttoMatic
sci-fi adventure game from the show floor.

About IDG
IDG publishes more than 300 magazines and newspapers and offers online
users the largest network of technology-specific sites around the world
through IDG.net (www.idg.net), which comprises more than 300 targeted Web
sites in 70 countries. IDG is also a leading producer of 168
computer-related events worldwide, and provides IT market analysis through
51 offices in 43 countries worldwide. Company information is available at
www.idg.com.

Walden University debuts on iTunes U 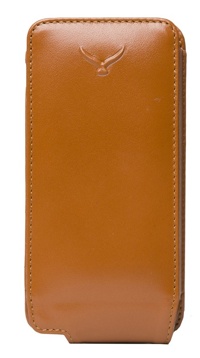