January 2, 2002 — Seattle, Washington — The long-awaited 2.0 version
of OmniDictionary is finally available! It’s FREE, which is not a very
common word these days so you may want to look it up right after you
download OmniDictionary.
http://www.omnigroup.com/applications/omnidictionary/

OmniDictionary is incredibly easy to use. Just download the application,
launch it, and start looking up words. All you need is an Internet
connection (unless you’re hosting a local dictionary server, which
OmniDictionary does not provide). OmniDictionary has been in beta for
the past year (sorry, it doesn’t pay the rent). We’ve fixed some bugs,
added a few new features, and cleaned it up for final release. Here are
some basic features along with release notes:

– Connects to public dictionary servers and lets you look up words in
any/all dictionaries hosted by those servers.
– Provides a service to many other applications, so you can simply
highlight a word in any of these apps (such as Mail or OmniWeb) and look
it up via the Services menu.
– Can speak the definitions to you aloud if you want.
– Provides history to let you quickly return to words you previously
looked up in this session.
– Allows you to save definitions to a file, or copy them for use in
another application.

* Added Check for Updates item to the application menu. If you select
this menu item, OmniDictionary will check to see if there is a more
recent release available. If there is, you will be given the option of
going directly to the download page for the new release.
* The dictionary popup now lists the dictionaries in alphabetical
order.
* Added history-style navigation of prior lookups. You can now use
the keyboard to navigate back to a word you defined earlier.
* Added speech support, so you can have the definitions read to you.
* Added support for saving the definition to a plain text file.
* Added support for showing the DICT server information.
* We now underline link references, and allow you to simply click on
them to lookup the underlined word. (These are the words that previously
showed up in curly braces.) We also do the same for guesses when the
searched-for term is not found.
* Added server preferences, allowing you to set the dictionary server
hostname, port, and timeout.
* Added font preference, so you can specify what font / font size you
want for the definitions.
* Added the ability to manually disconnect from the server. (Hey –
it’s convenient for testing if nothing else.)
* Help and Release Notes are now available via the Help menu.

* Tweaked the UI, largely to conform to Aqua HI guidelines.
* Changed the default font used for definitions to a non-proportial
font. The definitions returned by DICT servers are (at least typically)
preformatted plain-text definitions, so using a proportional font ends
up making them look less nice.
* Started anti-aliasing even small fonts, as otherwise the Mac OS X
standard non-proportional font is not anti-aliased.
* Added a separator between definitions and label each definition
with the dictionary from whence it came.
* We now change the mouse cursor when it goes over a link in the
definition.
* The term combo box doesn’t display any empty entries (unless
nothing has yet been looked up, in which case it shows a single empty
entry). It shows a maximum of ten entries before it gets a scrollbar.
* Adjusted the margins on the definition so it looks a bit better.
* When not connected to the dictionary server, or when in the process
of connecting, we now display that status in the dictionary popup.

* Printouts are now top-aligned rather than vertically centered.
* Printing now always prints the definition. Previously it would
print the content of the term field if that field was selected.
* OmniDictionary can now reside in a folder (or descendant of a
folder) with a forward slash in the name. (The problem was related to
the old Launcher app we used to allow us to package the frameworks in
the app; that trick is no longer needed.)
* When we’re invoked as a Service, we now set the term before trying
to connect to the server, so it’s clearer what’s going on. (Bug reported
in a MacNN forum.)
* The zoom button actually zooms intelligently now.
* Fixed a bug where a link to another term wouldn’t work correctly if
the term was split across multiple lines in the definition.
* Stopped clearing out the term field and definition text area on
connection/disconnection as it really wasn’t necessary.
* Improved the automatic reconnection support, and stopped disabling
controls when we’re disconnected, so you can try a new definition and
we’ll simply try to reconnect.
* Scroll the definition text view to the top on a lookup, rather than
potentially leaving you looking, say, halfway down the new definition.
* Added server connection timeouts, with the ability to reattempt if
we fail to connect.
* We now scan our lexical tokens from server responses based on RFC
2229, obeying all its quoting rules, etc.
* Changed default dictionary server from www.dict.org to simply
dict.org as that’s what seems to be preferred and www.dict.org once
stopped responding for a few days while dict.org remained available.
* Adjusted the names of our defaults settings (this may require you
to update your OmniDictionary preferences again).

Information about The Omni Group:

The Omni Group, founded in 1993, develops Mac OS X applications
including OmniWeb, OmniGraffle, and OmniOutliner; provides Mac OS X
based consulting services such as porting games to Mac OS X; and employs
20 unique individuals who know lots of big words because they all use
OmniDictionary! Information on The Omni Group is available at
http://www.omnigroup.com/. 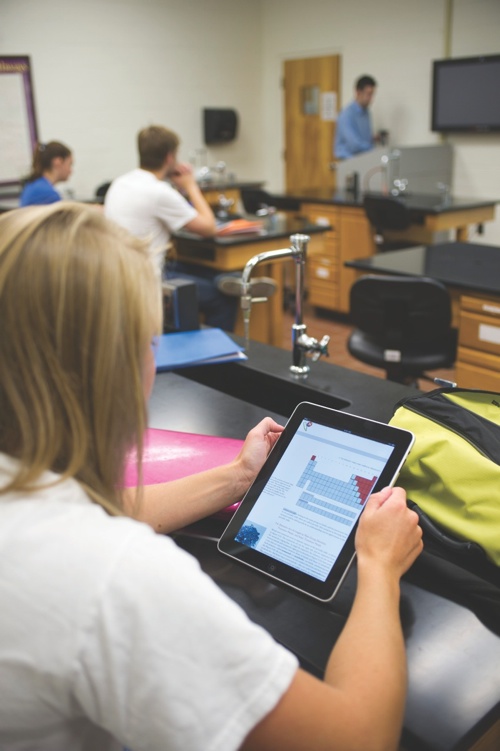 Freed-Hardeman University to introduce iPads as part of iKnow 2.0