are shipping version 2.5 of MPEG Power Professional. This software upgrade is
up to 50 percent faster than the 2.0 version, provides higher resolution
scaling,
improved handling of titles and improved vector matching resulting in improved
handling of high speed video and panoramic pans. A host of other new
features help make MPEG Power Professional 2.5 the most comprehensive and
fully featured MPEG encoding software package available.

“Once again, HEURIS has developed the most powerful and fully featured MPEG
encoding software package on the market,” says Brian Quandt, President of
HEURIS. “MPEG Power Professional 2.5 not only gives our users higher
quality encoding at faster speeds than ever before, but also many advanced
encoding options, including the ability to easily take advantage of DVD
technology without the need for the security key. And as usual, we stand
firmly behind our software products with some of the best technical support
teams in the industry.”

Headquartered in St. Louis, Missouri, HEURIS is the developer of the most
widely used professional software MPEG encoder, MPEG Power
Professional(TM). This award-winning, cross-platform software product is
the first MPEG encoder to deliver the features and encoding quality
demanded by professionals, without the expensive hardware. MPEG Power
Professional is used by professional video editors and other creators of
digital content to convert video, film, animation, special effects and
graphics clips into MPEG-1 and MPEG-2 streams. MPEG is used with CD-ROMs,
DVDs, video kiosks, and over the Internet. HEURIS has been working with
MPEG since 1991, and its customers include: The Colorado Rockies, Sea
World, The Mirage hotel in Las Vegas, the Bellagio hotel in Las Vegas, Taco
Bell Corporation, The Home Depot, AT&T Labs, IBM, Boeing, Vanderbilt
University, Boston Museum of Science and the U.S. Military. HEURIS can be
found on the World Wide Web at (http://www.heuris.com/)
http://www.heuris.com 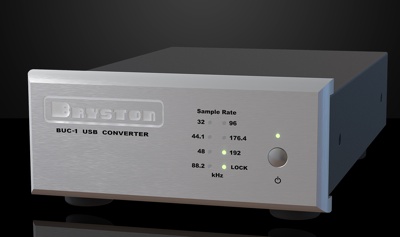