Office v.X delayed in the UK

Microsoft Office v.X for Mac has been delayed in the UK, according to Macworld UK. Originally slated to ship on Nov. 19, the software package will now ship Nov. 30. Meanwhile, in the U.S., several resellers contacted by MacMinute report that they have yet to receive any stock of the software, which was officially released on Monday. Many expect their first shipments later this week or early next week. MacNN is also reporting that some of its readers who purchased Office v.X through the Apple Store have received a notice informing them the shipment was unable to make it out when originally scheduled, and that they hope to ship the title within the next five days.

SeeFile 3 to be introduced at Macworld Expo 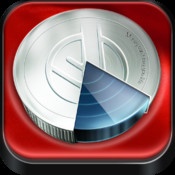