A couple of things Apple should fix

Overall, I like my Apple products. However, there are at least two things I’d love to see Apple fix immediately: a) the miserable way of sharing Pages files between an iPad and a Mac, and b) iMovie.

The British term “rubbish” (and some even less complimentary terms) comes to mind when I try to sync documents between iWork on the iPad and Mac. In fact, it’s the main reason that I think the iPad is ill suited to anything beyond rudimentary content creation (though it’s great for content consumption).

In fact, you can’t really sync Pages documents at all. You must manually import and export them from the iPad. Not only is this cumbersome and very “un-Apple-like,” but it creates versioning problems.

To export a document from the iPad, you must first open Pages on the iPad, go to the “My Documents” area, choose the document you want to transfer to your Mac and export it in the format of your choosing. Then connect the tablet device to your Mac with the sync cable.
When iTunes opens on your Mac, click on the iPad under the Devices column and click the Apps tab. Scroll down until you find File Sharing and click on Pages. Choose the doc you want to import and click the Save to button, then choose the folder to which you want to save it.

If this sounds like a kludge, well, that’s what using it feels like. And if you try to import/export documents with the same name, be prepared for major confusion. C’mon, Apple, with the talent at your disposal, I know there has to be a way to implement simple doc syncing between the iPad and the Mac. Better yet, simple WIRELESS syncing.

Then there’s iMovie. Despite what Apple (or at least Steve Jobs) apparently thinks, to some of us the new version of iMovie is harder to use and — darn it! — just less fun than iMovie HD. The intuitive slide approach of that version of the video creation software has been replaced by what someone (I think it was “MacDirectory”) described as an interface that “resembles a table filled with disordered strips of film.” Also, return the ability to allow third parties to release themes, special effects and transitions for the video editing app.

Yes, iMovie ’09 is an improvement over the horrid iMovie ’08 thanks to the addition of video stabilization, new transitions and effects, etc. But it’s still a far cry from the magnificent iMovie HD. Let’s make iMovie 2010 (or 2011, depending when a new version arrives) more like the HD version. 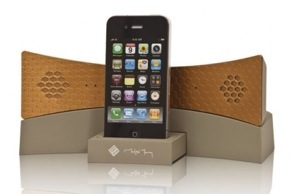 Moshi 04i is new stereo headset with iPhone dock 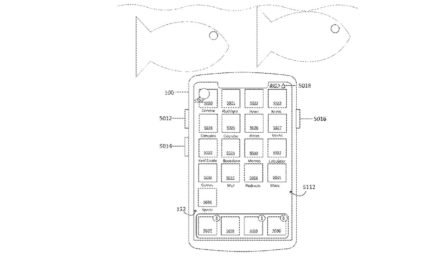