Microsoft settlement “not a punishment, it’s a reward”

TheStreet.com has published a very informative article dissecting Microsoft’s settlement of private antitrust suits brought against the company. Under the proposed settlement, Microsoft will donate US$1 billion in cash, software, and support to the nation’s poorest school districts. As Ed Black, head of the Computer & Communications Industry Association, explains in the article, “Under this settlement, they’re giving away their software, which has zero marginal cost for them, and putting it in poor schools that never would have bought it anyway.” The article also touches upon Apple’s marketshare in education, and how it’s been reduced significantly in recent years. 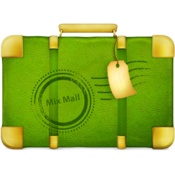