WEST DES MOINES, IA (19-Nov-2001) -Mediafour Corporation, a leading
developer of cross-platform software, is developing XPod, which is software
that will give Windows users the ability to seamlessly use the new Apple
iPod portable MP3 music player.

The iPod, which was released November 10th, is a 5GB hard drive and
portable MP3 player. It was designed by Apple to work only with Apple
Macintosh systems and iTunes software. The new XPod software will enable
Windows users to also use the iPod as both a hard drive and portable music
device.

XPod makes the Apple iPod appear to Windows users as a typical removable
disk for the sharing of data files. It also provides a simple
Explorer-based interface and plug-in Windows Media Player functionality for
the transfer of music. The iPod will appear as a removable disk under both
Windows and Mac OS, making it a powerful tool for the cross-platform
sharing of files of any type, including music.

“Our areas of expertise are cross-platform file transfer and usability, so
we’re in familiar territory with XPod,” said Mediafour president Brian
Landwehr. “When we read the rave reviews of the iPod, it was natural for us
to want to let Windows users enjoy it, too. We’re accelerating the project
as much as possible to meet consumer demand, which is already substantial.”

Use of XPod requires Windows Me, 2000 or XP, and an available FireWire
(also called IEEE-1394 or Sony iLink) port for the iPod. FireWire ports
can be inexpensively (around US$20 to $60) added to most systems lacking
them. Initially, XPod will transfer MP3, AIFF and WAV files to the iPod,
and because the iPod does not support WMA files, Mediafour plans automatic
transcoding of WMA files to MP3 in a subsequent release.

Additional information is available on their Web site at
www.mediafour.com/xpod. Visitors are welcome to submit questions and
suggestions to xpod@mediafour.com.
Mediafour also publishes MacDrive, which is software that enables users to
access Macintosh-formatted floppies, Zip disks, CD-ROMs, hard drives and
other types of Mac disks, directly from Windows. 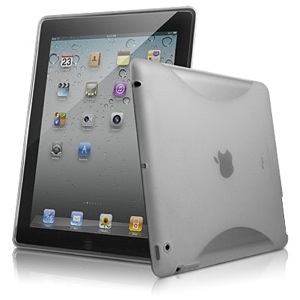 RadTech releases Aero for the iPad 2