VICTORIA, BC – HeavyLifters Inc. and PostgreSQL, Inc. announced today that
the pgMac Database Kit has been Certified for use with PostgreSQL.

The pgMac Database Kit is an industrial-strength database product that
consists of the award-winning open source PostgreSQL database, an installer
for Mac OS X, and administration tools for managing PostgreSQL databases.
pgMac is packaged to be easily used by a Mac OS X user with little or no
database experience.

Geoff Davidson, CEO of PostgreSQL, Inc. says, “This is an exciting new
toolkit that will help speed up development Mac OS X applications using the
power of PostgreSQL. HeavyLifters was our first Platinum Partner, and we
have been working with them for several months to certify and support the
pgMac Database Kit for the Mac OS X environment. Although PostgreSQL was
already available on the Mac OS X platform, until now it was not easily
used by the mainstream Mac OS X user. Before pgMac, Mac OS X users had to
have considerable Unix experience and skills simply to install and use
PostgreSQL.”

Doug Pelton, CEO of HeavyLifters Inc. advises, “This release is designed to
be used by software developers who need a scaleable, industrial-strength
database at the core of their Mac OS X products. There are an estimated 2.5
million Java developers, many of them working on applications for the new
Mac OS X operating system. This product can save each developer at least
two months of development time, and provides them with a professionally
packaged and commercially supported open source database to supply to their
end users.”

A trial version of the pgMac Database Kit is now downloadable from the
www.pgmac.com website, and Apple’s Mac OS X downloads site
www.apple.com/downloads/macosx.

pgMac is available for sale at an introductory price of US$249 per single
computer from www.pgmac.com. Volume discounts are available for educators
and developers. 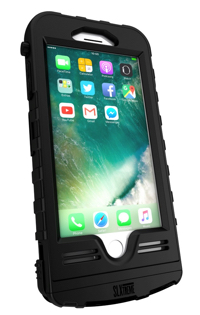 Greg’s bite: Lights out for RIM in Sauda Arabia