MP3 Strip is the Control Strip Module what enables a high-quality playback
and easy browsing through MP3 files. MP3 Strip instantly accessible and in
spite of its small size (100KB), you are not required to run any other
program to listen to your favorite MP3s.

)Displaying title of the song in the Control Strip – now just a look at
Control Strip is enough to know the title of current track.

)Progress Bar – showing in Control Strip how much of the track has already
been played and how much is remaining.

)International Character Sets support – as MP3s are popular all around the
world, ID3 Tags (track descriptions) can be not only in English. MP3 Strip
is one of those few MP3 players that properly display ID3 Tags in different
foreign languages.

Why you need another MP3 player, while there are many of them available for
a Mac? Because, hardly, are you willing to spend much time waiting while
the MP3 player is being downloaded and launched, due to its huge size. We
realized that many people just want to listen to MP3s, but they don’t need
fancy skinnable interface and other bells and whistles. Also, many listen
MP3s in a background and nobody likes when a player eats memory, brakes
other tasks and skipping. We have design MP3 Strip on the way free from
these drawbacks.

With MP3 Strip it will take you less than a single minute to download,
install the program and play your favorite song. Just drag MP3 Strip on
Control Strip, select a CD or a folder with MP3 music and press the “Play”
button. Moreover, you can setup this tiny MP3 Player on the way you want,
including sorting parameters, song title displaying, assigning of keyboard
shortcuts and many others available settings.

With the MP3 Strip application you won’t have to browse across the windows
on your desktop in the tries to change the song, stop or rewind it, wasting
the time you could spend for anything else. As MP3 Strip is available now
you are only a click away from your song, the application is always there
in your Control Strip ready to enjoy you at any time.

MP3 Strip 1.2 is available immediately from the following web site:
http://www.softwarium.com/mp3strip.html. Pricing is $15 per copy.

You can download and install MP3 Strip 1.2 on your Mac right now and try it
before the registration. Evaluate the full version of MP3 Strip for thirty
days.

All current users will have a FREE update.

Kanex Group Inc. was founded in 1999. We have 5 people on our staff and
about 10 years experience of software development in the background. We
develop and sell various useful programs for Mac and PC platforms ranging
from a network messenger to a MP3 Player. MacPopUp (www.macpopup.com) is
our another well-known program, a cross-platform instant messenger for
LANs. The company follows customers’ requests and provide full users
support. Kanex Group Inc. distributes its products in electronic form via
the Internet, software retailers and cataloguers. 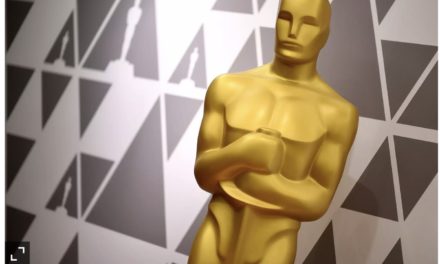