San Jose, CA, 17th May 2000: AD Software and Bowers Development announce
the launch at WWDC of the MFC Code Generator for AppMaker and PP2MFC.

The MFC Code Generator allows AppMaker users to generate MFC screen
resources and C++ code in the same high standard that AppMaker generates
for Appearance, Tools Plus, PowerPlant and other environments.

Coupled with PP2MFC this solution allows your PowerPlant applications to be
ported to Windows with native code speed – no awkward emulation layers.
AppMaker import allows existing PowerPlant screens to be imported and
avoids the need to redraw them.

Your major application logic such as ListenToMessage, ObeyCommand and other
event and menu manipulation methods can be a single set of source used on
both platforms.

This technology has been proven in education support programs used by
thousands of teachers around the world for over two years and is just being
made available for general development.

On sale now at DevDepot at WWDC Show Special Prices.

More information at http://www.pp2mfc.com after WWDC.

AppMaker is a programming tool that makes it faster and easier to make a
Macintosh application – not just the user interface, but also the
functional code. With AppMaker you create the menus, windows, dialogs and
their contents by clicking and dragging to arrange what you want on-screen.
You also point and click to declare data structures and to connect UI items
to data items. AppMaker creates resources to describe your design, and
generates “human, professional quality code” in your choice of either
procedural or object-oriented programming languages.

Bowers Development was formed in 1989 to develop programmer productivity tools.

About AD Software:
AD Software was founded in 1984 to provide a range of consulting and
software development services. Today they market cross-platform development
tools for efficient, portable application development. 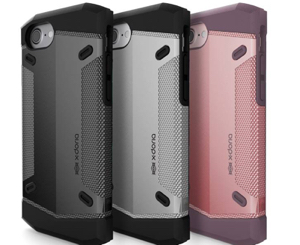 Kool Tools: Revel and Rumble Case for the iPhone 7