Oxford, England — May 15th 2000 — SoftPress Systems today announced
that the company has started customer deliveries of Freeway 3.0, a major
upgrade to their award-winning Web design software for the Apple Macintosh.
The new version, which requires Mac OS 8.1 or later debuted at MacWorld
Tokyo in February where a fully localized Japanese version, Freeway 3-J,
was shown on the Kato-Denki booth. A fully-working 30-day trial version of
Freeway 3.0 is now available from the SoftPress Web site.

The recommended retail price of Freeway 3 is maintained at $299 with
substantial discounts for education and site licences. With the release of
Freeway 3, SoftPress Systems has also launched a new competitive upgrade
program and licensed users of Adobe GoLive, Macromedia Dreamweaver and
NetObjects Fusion qualify for a 50% discount.

* Productivity Improvements – up to 10 times faster: Freeway’s integrated
approach to Web design has always offered major productivity advantages
over other Web programs. In Freeway 3, these advantages have been boosted
through speed enhancements and basic scripting capabilities. The speed of
opening and editing large Freeway files has been increased in some cases by
a factor of ten. Freeway 3 also contains limited support for AppleScript,
allowing common tasks to be automated.

* Multilingual Site Production:
Freeway 3 offers new capabilities in multilingual Web-site production. The
new version supports Apple’s WorldScript technology and users can select
from a wide range of language encodings for individual pages in a site.
Text can be rendered in HTML or as bitmapped graphics for languages as
diverse as Japanese, Swedish and Russian. Japanese text can be displayed
vertically as well as horizontally.

* Freeway Actions Extended with Built-In JavaScript Interpreter: SoftPress
introduced the powerful Actions technology in Freeway 2 to simplify the
process of adding complex coding and scripting for such applications as
production of dynamic content, connecting Freeway sites to databases and
developing controls for content such as QuickTime, Flash and Shockwave. The
popularity of this technology has resulted an ever-increasing range of
Actions developed by Freeway users and these are freely available from the
SoftPress Web site. In Freeway 3 the user interface for Actions has been
improved, and Actions can additionally now be written in JavaScript to
facilitate the development of complex and sophisticated scripts.

* Graphics, QuickTime and Flash Content: Freeway 3 extends Freeway’s
powerful graphic and multimedia capabilities. Adobe Illustrator and
Photoshop files can be imported directly into Freeway, where they are
automatically converted into Web-ready formats. Freeway can also use
Photoshop plug-ins to import (and export) a wide range of non-native
graphic formats, while Photoshop scanner plug-ins allow images to be
scanned directly onto a page. A new multimedia preview feature combined
with an extended set of behavior options for QuickTime and Flash content
gives users greater flexibility and control in incorporating multimedia in
Web pages.

* Link Map and Link Checking:
Freeway 3’s new link map provides a complete overview of the hyperlinks
which connect each page in a site, making it easy for web designers to
develop good site navigation. Freeway 3 also has a link-checking feature
which can be used to check the validity of external links.

* Integrated Rollover Editing:
Freeway 3 contains a rollover editor which allows JavaScript rollovers to
be created easily and intuitively. Rollovers are created directly within a
page, without the user having to prepare and import separate images for
each rollover state. As is the case with other graphic elements within
Freeway, rollovers can be created from text, graphics, or combinations of
text and graphics. As with all graphic text made in Freeway, rollover text
remains editable at all times.

* FREEWAY 3-J
Freeway 3-J is the first localized version of Freeway for Japan. The
product was developed in partnership with Kato-Denki and includes
dual-language software complete with user documentation in Japanese.
Kato-Denki (http://www.kato-denki.com) is SoftPress Systems’ exclusive
distribution partner for Japan.

“Freeway is the most intuitive professional Web design software
and in our market, ease-of-use is highly valued by both experts
and novices,” said Kato-Denki’s Executive Manager, Manabu Kato.
“We see enormous potential for Freeway here in Japan where the
Apple Macintosh has such a strong presence.”

“I’m delighted with the major steps forward we have made with
Freeway 3 and particularly pleased that our partnership with
Kato-Denki has created such a compelling new Web design tool
for the Japanese market,” commented SoftPress Managing
Director, Richard Logan.
“Kato has done a excellent job for us and we look forward to a
long and successful relationship”.

PRICING AND UPGRADES
The recommended retail price of Freeway 3.0 is $299. A 50% discount is
available for qualifying customers in education and users of Adobe GoLive,
Macromedia Dreamweaver and NetObjects Fusion. All purchases of Freeway 2
made after February 1st, 2000 will qualify for a free upgrade to Freeway 3.

The upgrade to Freeway 3 with CD and printed manuals has an RRP of $79
(education $65); an electronic version of the upgrade retails for $49
(education $39). Full details of education discounts, pricing for multiple
licenses, competitive upgrades and other offers can be found on the
SoftPress Web site.

ABOUT SOFTPRESS SYSTEMS
SoftPress Systems is a privately owned software company with its
headquarters in Oxford, England. The company was founded in 1993 to address
the emerging needs of professional publishers and designers for new media
authoring tools. Freeway is SoftPress Systems’ flagship product and the
first version was released in October 1997. 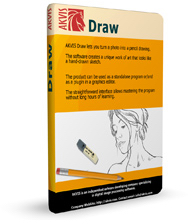