Described by MacWorld Magazine as, ‘the best conversion tool money can
buy’, BarbaBatch has been upgraded to allow conversion of just selected
segments of an audio file.

Segment conversion allows users to convert custom ‘snippets’ of audio
directly into internet savvy formats. Clips from an entire CD collection
can be put on the internet with one click of the mouse.

Other new features include the ability seperately control the fade-in and
fade-out of converted files as well as the conversion from and to of all
flavours of QuickTime audio. Conversion to Macromedia Director compatible
AIFC IMA files is also new BarbaBatch 2.5.

“BarbaBatch 2.5’s support for Qdesign Pro makes Qdesign conversions twice
as fast and allows fine tuning of key parameters to aid in the creation of
CD quality audio for use on the NET,” Mr Pattenden said.

The QDesign encoder can compress audio files to 1/100th of their original
size while maintaining the quality and integrity of the original audio
file. The Professional Edition compresses files twice as quickly as the
Basic Edition and allows users to improve the character of a sound file.

BarbaBatch has won support from professional users and reviewers who have
valued its user-friendliness and comprehensive features.

Electronic Musician Magazine said BarbaBatch is “Quick and East to use, it
produces great sounding output, and it’s the most efficient
batch-processor”

Conversion setting “recipes” can be saved and reused and multiple
conversions can be processed in one batch. Detailed log files are also
generated for reliable unattended conversions

BarbaBatch 2.5 is priced at $395 upgrades from version 2.4 and higher are
free. Upgrades from earlier versions are $50.

MacSourcery has customers in more than 30 countries and provides products
to Fortune 500 companies including: Walt Disney, Sony, Columbia
Pictures,Levi’s and PepsiCo.

Founded in 1992 Audio Ease is the developer of award winning solutions for
software based sound processing. 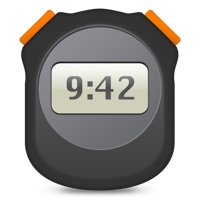