Prague, Czech Republic, September 14, 1998 – NetBeans, Inc. today announced
the release of the Beta 3 version of NetBeans Developer 2.0. It is the last
beta prior to the full release, which is due near the beginning of Q4. Beta
3 is available for free download from the NetBeans web site,
http://www.netbeans.com.

NetBeans IDE is a full-featured Java IDE based completely on Swing/JFC.
NetBeans is both written in Java and it generates Java code. It is an
object oriented, visual programming environment based on JavaBeans
components without relying on any third-party components. The IDE is easily
extensible, and it runs on any platform that supports JDK 1.1.x, including
Win95/98/NT, Apple Mac, Linux, OS/2, Solaris, HP-UX, Irix, and others.
Since the June release of Beta 1, over 18,000 new registered users have
downloaded the tool.

The Beta 3 version offers new Form Editor features, a new Connection
Wizard, and improvements in performance and stability. The Form Editor now
boasts support for Swing borders, a feature requested by many beta testers
and early NetBeans users. Beta 3’s new Connection Wizard is a powerful
visual programming tool that allows developers to assemble applications
without writing any code by hand. Adding another level of flexibility to
the NetBeans environment, the Connection Wizard is the idea tool for
programmers who prefer visual rather than conventional code-centric
programming for the bulk of their development, but who don’t want to give
up the ability to manually edit code.

“NetBeans is not only a serious programming tool,” said Roman Stanek,
Founder/CEO of NetBeans, Inc., “but it’s also an intuitive guide to new
Java technology. Spend half an hour running through the tutorial, and
you’ll walk away with an understanding of all that’s new in Java.”

NetBeans’ strength comes not only from the fact that it combines all
aspects of Java application development into one comprehensive tool, but
also from its platform-independent Java foundations. Mark Wencek, Director
of Professional Services at TRUE Software, Inc., commented, “it is also an
important new tool on the market due to the fact that this tool will run on
platforms such as Windows NT for DEC Alpha, HPUX, IBM AIX, Solaris, DEC
Unix, and OpenVMS (DEC Alpha) since valid JDK 116 support layers are
present. This is an important benefit to those of us who live on multiple
platforms on a regular basis and do not currently have IDEs available to us
as we do in the Win32 world.”

Products
NetBeans IDE combines the cross-platform compatibility of Java with the
ease-of-use of a visual RAD programming environment, in a package that can
dramatically cut application development costs. Start-up time for the new
Java developer is minimized by the use of wizards, templates, and a wide
range of intuitive programming tools.

NetBeans IDE will ship in two versions – Developer and Enterprise. NetBeans
Developer was created for the single developer working on a single
platform. NetBeans Enterprise was designed as a multi-user, multi-platform
product. Users can fully exploit the object-oriented nature of the IDE,
design distributed applications based on RMI/CORBA, share virtual
filesystems, debug remotely, and access source control systems.

About NetBeans, Inc.
NetBeans, Inc. is an emerging growth company based in Prague, Czech
Republic, that has quickly risen to the forefront of Java technology
development. NetBeans was founded in July, 1997, by a team of talented Java
technology developers led by Roman Stanek, formerly the Regional Director
of Central and Eastern Europe for Sybase. An expert in IT and high
technology in emerging markets, Mr. Stanek is a regular speaker at industry
conferences and is frequently quoted by the computer and business press.

NetBeans is a privately held company whose investors include Esther Dyson,
CEO of EDventure Holdings. Ms. Dyson is a leading private global technology
investor and is widely known in the computer industry as an analyst on
emerging information technologies worldwide, an author, a speaker, and an
advisor (see http://www.edventure.com/bios/esther.html). 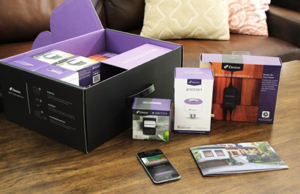 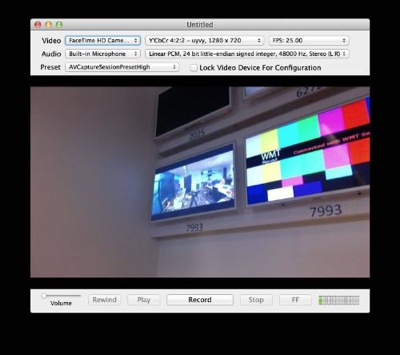