Digital Alchemy is pleased to announce the release of the Mercutio MDEF
version 1.5.1. Version 1.5.1 adds support for Appearance Manager 1.0.2 and
fixes a number of small bugs.

* DEVELOPERS * In addition to addition MacOS 8 support, the previously
released Mercutio 1.5 fixed a bug could crash the user’s machine.
Developers using Mercutio to display should upgrade to version 1.5 or
later. For details on this bug, please see
http://www.digitalalchemy.com/mercutio/GDeviceProblem.html

* USERS * If you think your Mac is crashing because of an application uses
an old version of Mercutio, try installing the MercutioGNDPatch or
MercutioHUnlockPatch extensions, available on our web site.

Mercutio can be downloaded from the Digital Alchemy web site:

The Mercutio MDEF is a Menu DEFinition resource that allow developers to
easily and elegantly extend the power of their application menus. Mercutio
allows menu items to have multiple-modifier key-equivalents (e.g.
shift-command-C), custom icons, item callbacks, and other goodies. Mercutio
menus may also contain “dynamic menu items” that allow a single menu item
to change depending on what modifiers are held down. This keeps menus
shorter while allowing the flexibility of keyboard shortcuts. Mercutio
features include:

– Support for all 4 modifier keys (command, shift, option, control)
– Support for non-printing keys (function keys, page up/down,
arrow keys, etc)
– Graphic icons for non-printing keys: non-printing key equivalents
such as page up/ down, home/help, etc. can be drawn as text OR
as icons that look like the keys on the extended keyboard.
– Dynamic items: items whose contents change depending on what
modifier keys are being held down (e.g. when the option key is
held down, Save becomes Save All).
– Application callback routine to let you decide on the fly what
the item contents should be.
– Support for icon suites, small and large icons, and SICNs in
hierarchical menu items.
– Support for window font/size: Mercutio now correctly draws popup
menus in the current font and size. This means you can use Mercutio
for Geneva 9-pt popup menus and the like.
– Support for WorldScript. Mercutio now supports menus in non-western
scripts (Japanese, Arabian, etc), and correctly draws under
right-to-left system text alignment.
– User-definable style mapping: developer determines which style
bits are used as feature flags
– System 7’s Balloon Help, True Gray, color menus, etc.
– Color menus.

The Mercutio MDEF works under System 6.0.4 or later, with or without Color
QuickDraw. Integrating the MDEF into your program shouldn’t take more than
15 minutes.

The documentation for Mercutio follows the style of Apple’s “Inside
Macintosh” manuals, and is in Adobe’s Acrobat format.

Developers may license Mercutio for a fee or use Mercutio free of charge as
long as they include certain credits in the About box and documentation,
and send me a copy of the final program (including future upgrades for as
long as they use the MDEF.) See “Mercutio Software License.pdf” for details
on terms of use. 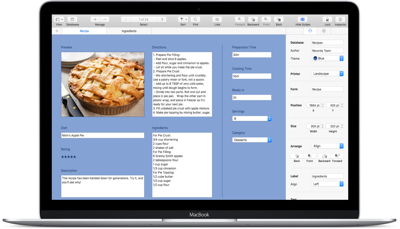