OneStep comes with a number of ready to use interfaces, such as “True NeXT”
(a genuine NeXT-like interface), “Jump to Eight” (guess what it is?), Back
To Seven, Grand Prix, etc.

Just try them out! Each interface is contained in an Appearance file.
Advanced users will be able to design and distribute their own customized
Appearance files.

OneStep was written by Harry Alloul, Bernard Frangoulis and Alessandro Levi
Montalcini. It is distributed as shareware. The registration fee is $15;
registrations are handled by the Kagi Shareware service.

A screen shot is available on our WEB site at
(http://www.netinfo.fr/objectivesw/)

– The “OneStep Inspector” application, which makes it easy to preview,
select and install Appearance files,
– Even more customization settings, which are now integrated into the
Appearance file itself (instead of a separate Preferences file),
– A brand new set of sample Appearances,
– Several bug fixes, particularly of a nasty bug that would prevent the
correct installation of OneStep in certain configurations,
– For users who just can’t stand our custom startup splash screen: simply
uncheck the “Show splash screen” checkbox in the Inspector,
– Mac OS 8 compliance; however, the Finder itself doesn’t use our windows
and icons yet – but all other applications do, and there are no known
problems so far. Expect full MacOS 8 functionality soon. 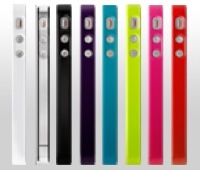