Study: NFC-enabled smartphones to have 28% of the market by 2015

There are rumors that the next iPhone (or perhaps the iPhone 6) will include Near Field Communication (NFC) technology. If so, Apple would be on the forefront of an upcoming trend, according to a new study by the Pyramid research group.

NFC is a short-range wireless connection technology that would turn the iPhone into an electronic wallet or security passkey. NFC is already in use in Asia and is expected to explode here in the next three to five years.

After its initial launch in 2010, NFC-enabled smartphones will contribute to 28% of total smartphone sales to end users (250 million units) by 2015, according to a new report.”

“Mobile handsets that are NFC-capable will see skyrocketing sales in 2011 and 2012,” says Stela Bokun, Mobile Devices Practice Leader at Pyramid. “These sales will be driven by the overwhelming supply of NFC-enabled smartphones that will hit the market in the next two years, as well as service providers’ ‘push’ marketing strategies across the globe.”

As the NFC ecosystem rapidly evolves, there will be an abundant supply of other NFC devices, in addition to NFC-enabled handset, she adds.

“To trigger sales, equipment vendors will have to convince their users (mostly retailers) that the benefit from NFC-based services will outweigh the cost of investment,” says Bokun. “Over the next five years, as high-impact partnerships and profitable business models emerge, NFC-based services will become ubiquitous, consistent and secure. That will ultimately create sustainable demand for NFC-enabled devices, including handsets. The current abundance of business models will eventually yield a healthy NFC ecosystem, despite the initial hiccup.”

To get ahead of the game, mobile operators should create partnerships with credit cards and banks immediately. “Their solutions will be the most wanted at the outset,” says Bokun. “Followed by aggressive campaigns convincing end users that they stand to benefit from NFC-enabled services, without end-user buy-in, all efforts will be in vain.” 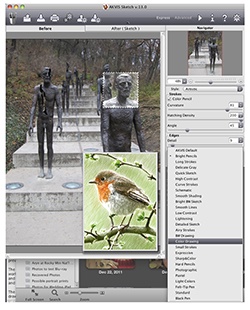 Apple, Foxconn to catch up with iPhone 14 demand this month, but….