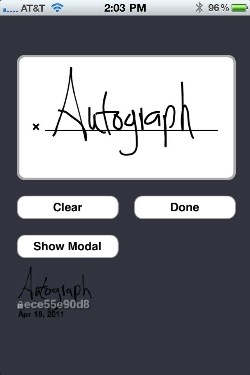 Ten One Design (http://www.tenonedesign.com) — creators of a capacitive touch-screen stylus for the iPhone, iPod touch, and iPad — has announced Autograph iOS Library, a no-hassle way for software developers to integrate signature capture into their enterprise or iOS applications.

“If you’re developing an app for medical practitioners to obtain signatures when performing routine immunizations, or creating an app for the shipping industry to capture signatures upon delivery, or even if you want to offer artists a way to sign their virtual canvas, Autograph iOS Library can make it happen,” says Peter Skinner, president and founder, Ten One Design.

By licensing the Autograph iOS Library, which works seamlessly with Xcode, software developers can use Ten One Design’s unique iOS code in their iPhone, iPod touch and iPad applications, he adds. The library integrates with UIView or with the built-in modal view to manage each application’s flow more effectively.

Additionally, the velocity sensitive stroke width supports biometric verification to capture all the things that make a signature uniquely yours. Developers can even create customizable messages to show customers exactly what they are signing for; inclusion of date is optional.

Users then have the ability to undo/redo strokes with a 3-finger swipe motion, and for security and tracking purposes, the Library offers an optional security hash watermark for each signature.

Ten One Design’s Autograph iOS Library can be purchased for US$99 (single license for one-time use) or $499. Free demo versions are available prior to purchase. 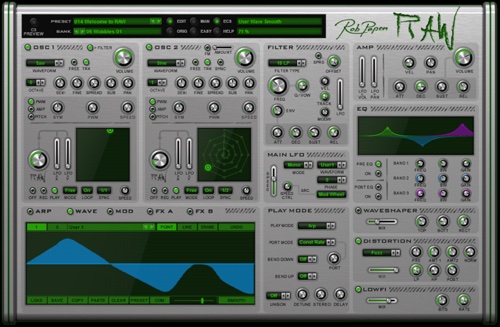