BE SHIPS BEOS POWERMAC DEVELOPMENT KIT
AND CONFIRMS Q1 DATE FOR PUBLIC RELEASE
Public BeOS Preview Release will ship on or before March 31.

MENLO PARK, Calif (January 7, 1997) – Be, Inc has announced that it
has begun shipment to developers of the version of the Be Operating
System (BeOS(tm)) designed to run on PowerMacintosh-based hardware
systems. Shipment of the development kit began just before Christmas.

In addition, the company confirmed today that it will ship the “BeOS
Preview Release”, the first publicly available release of the BeOS, on
schedule on or before March 31, 1997.

The BeOS DR8 Development kit became available on December 23. The
release is similar in functionality to the DR8 release for the
dual-processor BeBox systems, with a few additional enhancements that
have been developed since the DR8 version’s September release. The
major areas of difference between the PowerMac and BeBox versions of
the software involve drivers at the hardware abstraction layer level
in order to address differences in hardware configuration. For
example, the PowerMac uses ADB-based keyboards and mice while BeBox
uses PC-standard peripherals.

But these differences are transparent to application software
designers. Software developed for any PowerPC version of the BeOS –
whether BeBox, PowerMac or future PowerPC designs – are binary
compatible. Developers and users can install software on either
hardware platform, or even copy between systems, without any change.
There are currently three ways for developers to get copies of the
BeOS development kit, and the company is looking into additional
methods of distribution to developers in the coming months. Today,
developers can obtain the kit through these methods;

– CodeWarrior for BeOS Development Package
Be and Metrowerks have put together a single package which contains
the full CodeWarrior native BeOS environment – a must for any serious
developer – and the BeOS for PowerMac CD. In addition, developers who
obtain this package will receive the next two updates to CodeWarrior,
and the Q1 release of the BeOS, automatically. The development package
is available at an introductory price of $149 (compared to $299 after
the next release, and $399 for other major OS platforms.) The
Development package is available directly from Be or from Metrowerks
(http://www.be.com and http://www.metrowerks.com, respectively) and
will be available on the floor of the Macworld Expo in San Francisco,
January 7-10, and at the Be Developer Conference in San Francisco,
January 11.

– Current BeBox System Owners
All current owners of BeBox personal systems will get the BeOS for
PowerMac CD sent to them automatically. This CD contains the
CodeWarrior Lite version of the development system, which also ships
with BeBox systems. These CDs should be reaching owners right after
January 1. BeBox owners who have moved are encouraged to update their
developer records via the Be web site to ensure delivery.

– MacTech Magazine Bundle
The January issue of MacTech magazine includes the BeOS for PowerMac
CD. This developer-oriented publication will include the CD with all
subscription copies as well as copies which will hit newsstands in
early January. In addition, DevDepot has back issue copies of this
issue available for a nominal cost: 800-MACDEV-1, 805-494-9797,
orders@devdepot.com, http://www.devdepot.com

In addition, the BeOS for PowerMac CDs will be available, free of
charge, to all developers who attend the Be Developer Conference on
Saturday, January 11. The conference is being held at the Hyatt
Regency Embarcadero in San Francisco. Conference attendance is limited
to software developers, though you need not be a registered Be
developer to attend. There is no fee for this conference. Developers
should RSVP by e-mail info@be.com.

Developers who wish to learn more about the BeOS, or who have technical
or business questions, are encouraged to visit Be’s Web Site at
http://www.be.com. The site holds detailed information about the system,
including browsable and downloadable copies of the BeOS application
programing interface (API), as well as information about how to contact
Be directly.

Be, Inc. was founded by Jean-Louis Gasse in 1990 to overcome the
limitations of existing computer architectures. With a team of
industry-leading engineers and business executives in the United
States and Europe, the company has positioned itself to become a key
player in fast-growing application markets. Be, Inc. is headquartered
in Menlo Park, California.

Copyright 1997 Be, Inc. Be is a registered trademark, and the Be
logo, the BeOS logo, BeBox, BeOS, BWare and GeekPort are trademarks of
Be, Inc. All other trademarks mentioned belong to their respective
owners.

The Northern Spy: Got your back up? 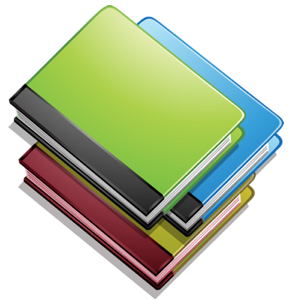