QuickTime VR 2.0 incorporates the feature most desired by developers since
the initial release of QuickTime VR, a C API. This allows developers to do
more than add virtual reality scenes to their CD-ROM titles, games, and Web
pages — it enables the creation of lively virtual worlds with 3D objects,
movies, audio and animation. With the new C API, QuickTime VR can easily
be integrated with Apple’s other QuickTime Media Layer (QTML) technologies,
QuickTime and QuickDraw(TM) 3D, on both Mac OS and Windows. Through
QuickTime VR, media-rich VR content may be authored once and easily
deployed across Mac OS, Windows and the Net.

QuickTime VR (QTVR) is the acknowledged standard for creating and viewing
photo-realistic environments (panoramas) and real-world objects on Mac OS
and Windows computers. Users interact with QuickTime VR content with a
complete 360 degree perspective and control their viewpoint through the
mouse, keyboard, trackpad or trackball. Using a QTVR-enabled authoring
tool, panoramas and objects are automatically ‘stitched together’ from
digitized photographs or 3D renderings to create a realistic visual
perspective.

“With QuickTime VR 2.0, Apple continues to deliver the best in
open-architecture multimedia solutions,” said Carlos Montalvo, Vice
President, Interactive Media Group, Apple Computer, Inc. “Our goal is to
make Apple’s name synonymous with not just the Macintosh(R), but with the
best in multimedia technology on all platforms — QTVR 2.0 brings us
another step closer to that goal.”

In the multimedia space, one of the best-selling CD-ROMs of all time —
Star Trek(R), The Next Generation Interactive Technical Manual — used
QuickTime VR 1.0 to stunning advantage in recreating the starship
Enterprise. In games, the exciting and award-winning new title,
SafeCracker, from Time-Warner is entirely QuickTime VR-based.

In total, vendors of over a dozen software tools presently include or plan
to include QuickTime VR in their upcoming Mac OS and Windows tools (see
complete list in press release appendix). To enable Mac and PC users to
easily and inexpensively create photo-based QTVR environments, Apple is
cooperating with Be Here, Inc. (Los Gatos, CA) in promoting a revolutionary
new panoramic camera for capturing QuickTime VR panoramas (see press
release from Be Here for more information). And Apple is working with eVox,
the leading service bureau for photographic virtual reality, to launch Clip
VR, the first ever collection of virtual reality clip art. (See press
releases from Apple and eVox for more information.)

In recognition of the growing number of QuickTime VR-enabled Web sites,
Version 2.0 has also been optimized for the Internet. An upcoming
QuickTime VR release for the Internet will support progressive rendering of
JPEG on Macintosh and Windows, speeding the viewing of QuickTime VR virtual
worlds on the Web; and in the future, wavelet and fractal decompression
technology from OLiVR will be integrated into QuickTime VR 2.0. (See
attached press release on strategic relationships.)

Programmer’s API. The most-requested feature for QuickTime VR has been a
full-fledged API, and QuickTime VR 2.0 delivers it. The API allows C
programmers to control playback and functionality of QuickTime VR panoramas
(QTVR’s 360-degree environments) and objects. The API is free to
registered Macintosh developers and is fully documented in the new book
“Creating Virtual Programming With QuickTime VR”, available for about $39.
Using the API, developers will be able to:

The benefits of the API are many. It will allow more multimedia authoring
tools to integrate QuickTime VR content, and more 3D content creation tools
to save 3D content in QuickTime VR format. Multimedia and games developers
will be able to include QuickTime VR in their products, either as the basis
for the complete environment (as in the SafeCracker game), or seamlessly
integrated in other kinds of presentations (as in Sumeria’s Ocean’s Below
titles). Like QuickTime in time-based media, QuickTime VR can become the
technical underpinning for new kinds of creativity in virtual reality.

Ease-of-use features. Adding to its award-winning ease of use, QuickTime VR
now includes a new control strip that makes it easy to pan and zoom and
find hot spots for both panoramas and objects. The control bar teaches
users the appropriate hotkeys as well, eliminating the need to explain
QuickTime VR’s capabilities to first-time users.

Object improvements. QuickTime VR objects now have features that match and
in some ways exceed those of panoramas, including full support for zooming
on objects; panning and rotating a zoomed-in object; and object hot spots.
A museum can actually allow Web users to see more pieces of art, more
closely, than is possible in real life.

Object animation allows motion to be seamlessly integrated with objects in
new and exciting ways. New training applications abound in sports,
medicine, industry, and other areas are now possible. With these
improvements, objects too can now serve as interactive interfaces and rich
sources of information.

Better compression. QuickTime VR 2.0 benefits in many ways from closer
integration with QuickTime, including support for all QuickTime compression
technologies. This will give developers many more ways to deliver QuickTime
VR content, especially over the Internet, where high-quality, interactive
content in a small file size can now be much better delivered in QuickTime
VR.

“The new version 2.0 of Strata Studio Pro is expected to include a
QuickTime VR rendering option which automates the process of producing both
panoramas and objects from any StudioPro 3-D model created. We look forward
to taking advantage of the new capabilities of QuickTime VR 2.0 and
allowing our users to integrate Strata-generated QuickTime VR content into
fully interactive virtual worlds.”–Heidi Rosenberg, product marketing
manager, Strata Studio Pro, Strata Inc.

“Apple and Macromedia have been working together for a long time to fully
synchronize the capabilities of new versions of QuickTime VR with Director
and other Macromedia tools,” said David Lasner, senior director of product
management, multimedia and Shockwave authoring at Macromedia. “The launch
of QuickTime VR 2.0 opens the doors for a Macromedia Open Architecture
Asset Xtra, that will enable easy integration of QTVR into Macromedia
Director and Shockwave productions.”

“MetaTools has always worked closely with Apple to take advantage of its
latest and greatest technologies. QuickTime VR 2.0 opens doors for us to
improve the robust QuickTime VR support we already offer in Bryce 2 and
extend it to more of our products.”–John Wilczak, Chairman and CEO of
MetaTools.

“We got rave reviews for the QuickTime VR features in mTropolis 1.1, which
opened new doors for developers and end users — but getting there took a
lot of extra work with the QuickTime VR team because of the lack of an API.
Now, with Version 2.0 and its fully documented API, we can offer our users
much greater creative freedom in using and integrating additional QuickTime
VR content in a future version of mTropolis.”–Jeff Dill, mTropolis product
marketing manager, mFactory.

NOTE TO EDITORS: To access Apple press releases, background material, and
contact information on the web, visit The Source at:
http://www.apple.com/source/. If you are interested in receiving Apple
press releases by fax, call 1-800-AAPL-FAX (1-800-227-5329) and enter your
PIN number. 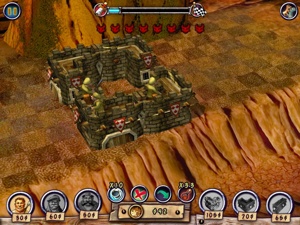