CUPERTINO, California-July 19, 2004-Apple today introduced the new iPod,
the fourth generation of the world’s number one portable digital music
player, featuring Apple’s patent pending Click Wheel, which combines the
smooth and continuous scrolling of a touch-sensitive wheel with five push
buttons for superior one handed navigation. The new iPod also features up
to 12 hours battery life and Shuffle Songs, a new command in the main menu
which gives users instant access to one of the most exciting new ways to
listen to their music library. All iPods work effortlessly with Apple’s
iTunes, providing music fans with the best digital jukebox on either a Mac
or Windows computer and access to the iTunes Music Store, the number one
digital music service in the world. The new iPod is available immediately
in a 20GB model for $299 and a 40GB model for $399.

“The best digital music player just got better,” said Steve Jobs, Apple’s
CEO. “The fourth generation iPod features Apple’s amazing Click Wheel for
superb one handed control, 12 hour battery life and the new Shuffle Songs
command in the main menu-all in an even smaller design that puts up to
10,000 songs in your pocket.”

“HP has chosen iPod and iTunes as the best products to integrate in to our
digital entertainment strategy,” said Carly Fiorina, chairman and chief
executive officer at HP. “We decided to wait for this amazing new fourth
generation iPod, as it will offer our customers an even better experience.
HP’s version of the new iPod will be available in September.”

iPod features Apple’s patent pending Auto-Sync technology that
automatically downloads an entire digital music library onto iPod and keeps
it up-to-date whenever it is plugged into a Mac or Windows computer using
FireWire or USB. Users can transfer two songs per second from their Mac or
Windows computer and can now conveniently charge iPod with either the
included FireWire or USB cable.*

Pricing & Availability
The new 20GB and 40GB iPods are available immediately for a suggested
retail price of just $299 (US) for the 20GB iPod and $399 (US) for the 40GB
iPod through the Apple Store (www.apple.com), Apple’s retail stores and
Apple Authorized Resellers. Both iPods include earbud headphones, 1.2m
30-pin to FireWire cable, a 1.2m 30-pin to USB cable, and a CD with iTunes
4.6 for Mac and Windows computers. The 40GB model also includes an iPod
dock.

Optional accessories with the following suggested retail prices include
the iPod Dock for $39 (US) and in-ear headphones for $39 (US). Laser
engraving is available for iPod for $19 (US) and can include two lines of
text with up to 27 characters per line. 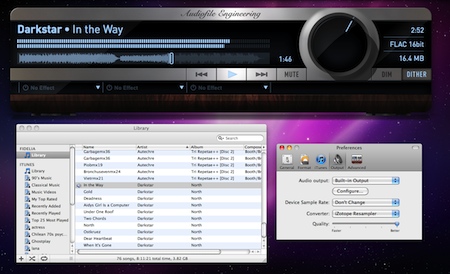