[MD1] Tools Plus Plugs Into Plug-Ins

OAKVILLE, Ontario–November 18, 1996–Water’s Edge Software, best known
for their Tools Plus application development libraries, announced today
that they will soon release version 3.2 which can be used to write
plug-ins for most applications that support a plug-in architecture, such
as Adobe’s Photoshop and Acrobat, Microsoft’s Excel, and others.

Tools Plus libraries first broke new ground by letting application
developers easily create working user interface elements with a single
line of code, including all standard Macintosh elements plus popular
additions like tool bars, floating palettes, sophisticated picture
buttons, tabs, sliders, and a suite of 3D gray scale components. Once
created, all elements are operational and interact correctly with one
another, thus eliminating the need for many thousands of lines of code
that are attributed to creating the interface, making it work, and
accounting for the user’s interaction with the application.

The same benefits can now be realized by authors of plug-ins. Tools Plus
libraries have been hailed by reviewers as being “more compact and faster
than anything you might write,” and they have been credited for the air
of quality that is seen in applications that are written with Tools Plus.

In field trials, plug-in developers using Tools Plus the first time
experienced immediate and noticeable gains over previously available
development tools. Derek Munoz, software engineer at Arbor Software
stated “with Tools Plus, we created a new user interface for the
Macintosh version of our Essbase Excel add-in in a fraction of the time
it would take without a tool kit.”

One of the earliest beta testers writing plug-ins with Tools Plus 3.2 was
John Dalton from SynthEtik, who added that Water’s Edge should be
commended for creating “an easy to use environment that lets programmers
concentrate on getting the job done rather than learning [complex
development tools].”

Tools Plus libraries are available for Symantec’s (THINK) C/C++ and THINK
Pascal (68K, $149 each), Metrowerks’ CodeWarrior Bronze (C/C++ and
Pascal, 68K, $199) and CodeWarrior Gold (C/C++ and Pascal, 68K and
PowerPC, $249). Available in mid December 1996, version 3.2 includes a
number of enhancements and alterations made since the previous version,
3.1. The ability to write plug-ins is available only in the CodeWarrior
libraries.

The 3.2 upgrade is free to registered developers using Tools Plus 3.x.
The cost of upgrading from Tools Plus 2.x is as follows: Symantec (THINK)
C/C++ or THINK Pascal $89; CodeWarrior Bronze $109; CodeWarrior Gold
$129. All prices are in US dollars. 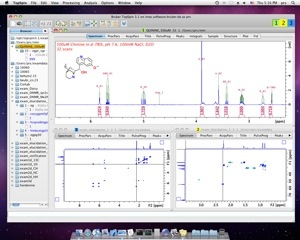