AUSTIN, Texas-August 22, 1996-Metrowerks(R) Inc. (TSE,ME:MWK,
NASDAQ:MTWKF), the leading provider of software development tools for
Macintosh(R), today announced that it has entered into an agreement with
Sony(R) Computer Entertainment Inc., Tokyo, Japan, to provide tools for the
development of PlayStation(TM) game console software titles. These new
tools will be available on special versions of Metrowerks CodeWarrior(R)
development environment hosted on both Mac(TM)OS and Windows(R)95/NT.

The agreement between the two companies allows Metrowerks to build and
distribute a set of authorized tools as an optional PlayStation software
development solution. The tools will be used by both professional
PlayStation game developers as well as casual developers using the new
hobbyist version of the PlayStation development system. Code-named “Net
Yarouze”, this hobbyist version was recently released in Japan as an
experimental project supported by a dedicated Internet server for
co-development and mutual communication.

Until now the only PlayStation software development tools available were
procured directly through Sony Computer Entertainment in Japan, U.S. and
U.K. In addition to those tools which are accessible solely by PlayStation
game console licensees, this new tool gives developers an extended choice
at a very competitive price.

“We are very pleased to introduce Metrowerks, provider of CodeWarrior for
PlayStation software development tools, to our game licensees and hobbyist
developers,” says Shin’ichi Okamoto, VP Research and Development Division,
Sony Computer Entertainment Inc. “With the advent of high-performance,
low-cost, state-of-the-art tools such as CodeWarrior, our PlayStation game
console licensees will benefit from enhanced productivity and broader
choice in development platforms.”

Pricing and Availability
The CodeWarrior software development environment for the PlayStation will
be priced at $499 in the U.S. The Mac OS-hosted version will be released in
the 3rd calendar quarter of 1996, while the Windows 95/NT-hosted version
will be released in the 4th calendar quarter of 1996. The CodeWarrior for
PlayStation software development environment will be available initially in
both English and Kanji versions. 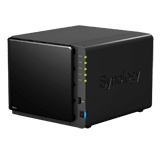