Since January, 1994, Metrowerks has become the leading vendor of
MacOS-hosted programming tools in the world, and in the past 12 months,
the company has announced new products for the embedded systems and
Windows95/NT markets. In order to capitalize on these new market
opportunities, Metrowerks will open two new offices, in Tokyo and Silicon
Valley, and expand and realign its senior management team.

Given the role of the major Japanese consumer electronics companies in the
embedded systems market and the fact that over 10% of the company’s current
registered user base is in Japan, Metrowerks will be opening a subsidiary,
Metrowerks Co., Ltd., in Tokyo in October, 1996.

Metrowerks will also open a new office in Cupertino CA, in September 1996.
“Metrowerks West” will be headed up by Greg Galanos, who will relocate from
Austin to the Bay Area. Mr. Galanos will continue to oversee the Company’s
R&D efforts as well as manage Metrowerks’ major vendors relationships in
California, including Apple Computer, Microsoft Internet Platform Groups,
Sun Microsystems, Be Inc., General Magic and U.S. Robotics. Mr.
Galanos will assume the new title of President & Chief Technical Officer.
Jean Blanger, located in Austin, will become Chairman & CEO, and will
continue to oversee the company’s sales, marketing and finance operations.

The following additions and changes to the executive team are also made,
effective today:

David Perkins, VP Finance & CFO, becomes SVP, Strategic Products. Mr.
Perkins is located in Austin and will run the company’s new embedded
business systems unit. He will report to the Chairman and CEO.

Jim Welch, Controller, becomes VP Finance & CFO. Mr. Welch is located in
Austin and will report to the Chairman & CEO. Mr. Welch joined the Company
in June and previously, he was a Senior Manager at Coopers and Lybrand
L.L.P. He holds a CPA and a BBA from University of Texas at Austin.

Founded in 1985, Metrowerks develops, markets and supports a complete line
of Macintosh-hosted computer language products for building Mac OS,
Windows 95, Windows NT, Magic Cap, Be OS and Palm OS applications.
Metrowerks CodeWarrior products have become the industry standard for
professional Mac-hosted software development with more than 50,000
registered users in 70 countries. Additional information on Metrowerks and
its products can be obtained by sending Email to info@metrowerks.com, by
calling (512) 873-4700 or via the Internet at http://www.metrowerks.com.

“People want chaos for about five minutes. After that, they want a backrub
and some money.” -Bruce Sterling 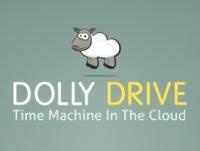 Dolly Drive follows iCloud release with its own upgrades