SIGGRAPH, NEW ORLEANS -August 6, 1996- Apple Computer, Inc., today
announced that a new version of its cross-platform 3D graphics
Toolkit-QuickDraw(TM) 3D 1.5 – is expected to be available by the end of
September.

The award-winning QuickDraw 3D application program interface (API), which
will be available for the Mac(R) OS, Windows 95, and Windows NT, is
designed to provide real-time, interactive rendering for simple 3D models
and makes real-time 3D graphics as easy to use as text and 2D graphics.

The developer momentum for QuickDraw 3D is rapidly growing and a wide
variety of developers are using QuickDraw 3D in innovative ways to enable
fast 3D interaction in their programs. QuickDraw 3D is also attracting a
number of new developers to the Macintosh(R) platform, including NewTek,
Positron Publishing and Vertigo Technologies.

Because the QuickDraw 3D API offers a quick and easy way to build 3D
interaction into applications, a large number of developers are creating
custom solutions. (NOTE TO EDITORS: Please see the attachment at the end of
this document, “QuickDraw 3D Third-Party Developer Applications.”)

QuickDraw 3D 1.5 is expected to be available in September 1996 for
Macintosh and Windows and will offer many significant enhancements,
including new trimesh geometries; support for plug-in renderers; 3D picking
enabling any application to add 3D painting capabilities; new Internet
related tools for browsing 3D spaces; support for multiple processors under
Mac OS; ability to run under Microsoft Windows and NT; and new user
interface enhancements.

The new version promises to drive developers to ship more applications that
exploit the QuickDraw 3D interactive renderer, and customers will find that
applications supporting QuickDraw 3D rendering will allow for swifter
building of 3D models and output of 3D animations.

“This announcement emphasizes Apple’s commitment to delivering real-time,
workstation-class 3D graphics to personal computers,” said Carlos Montalvo,
acting vice president of Apple’s Interactive Media Group. “We recognize the
importance of our developers and are responding to their needs by
continuing to innovate and expand the multiplatform capabilities of our
multimedia technologies.”

QuickDraw 3D RAVE 1.1 is now fully compliant with the Mac OS, Windows 95,
and Windows NT. Other key features have been added to the new version of
QuickDraw 3D RAVE to increase performance, including support for
Microsoft’s DirectDraw on Windows 95 and support for render caching for
faster manipulation of rendered objects. QuickDraw 3D RAVE will allow game
and application developers to provide plug-and-play support for hardware
acceleration.

“The ElectricImage Animation System combines the power of the fastest
renderer anywhere with seamless support for QuickTime(R) output for
professionals working in both film and broadcast video production,” said
Jay Roth, president and CEO of Electric Image, Inc. “We will soon enable 3D
acceleration through Apple’s QuickDraw 3D RAVE that will let Power Mac(TM)
users enjoy the same ultra fast production that was before only available
on Silicon Graphics workstations.”

QuickDraw 3D RAVE has been exposed as a separate programming architecture,
which allows developers to access high-performance 3D directly for a wide
range of games applications. QuickDraw 3D RAVE is an optimized Hardware
Abstraction Layer (HAL) which allows developers to code directly to 3D
hardware for maximum performance and also provides specific, optimized
functionality for software rendering and texture mapping.

NOTE TO EDITORS: If you are interested in receiving Apple press releases by
fax call 1-800-AAPL-FAX(1-800-227-5329) and enter your PIN number. If you
do not have a PIN number, please call the Public Relations Hotline at (408)
974-2042. If you would like to receive Apple press releases by email,
please send an email message to listproc@guisel.austin.apple.com. Include
the text “subscribe [your full name]” in the body of the message.

To remove your address from the mailing list send an email message to
listproc@guisel.austin.apple.com. Include the text “remove pressrel” in the
body of the message.

Customer Information Contact: If you are considering the purchase of an
Apple product and would like to have product information faxed to you,
please call 1-800-462-4396 in the U.S. or 1-800-263-3394 in Canada. If you
do not have a fax machine or would like to locate an Apple authorized
reseller near you, please call 1-800-538-9696. Customers outside the U.S.
should contact their local Apple representatives for information.

The following is a list of applications that are either currently shipping
or that are scheduled to ship in September to coincide with the release of
QuickDraw 3D 1.5: 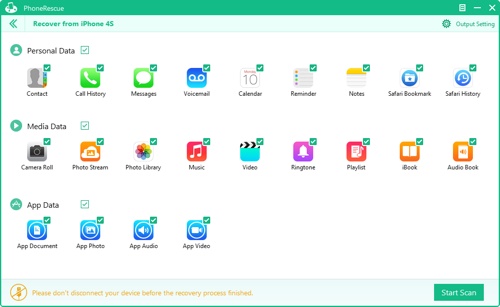