MacTech Conference 2010 was a tremendous success.

Plans for MacTech Conference 2011 are underway. In the mean time, if you support the home or small business market, see our one-day MacTech Boot Camp event.

If you want to know more about MacTech Conference 2010, you can do a web search, or see the recap article by Rob Griffiths at Macworld.

If you’d like to be on MacTech’s list where we will announce details about MacTech Conference 2011, drop us a note at custservice@www.mactech.com or follow us at @mactech.

In the first public display outside a university or research setting, MacTech Conference will have Mac-based planetary exploration rovers and boat controlled by iPod Touch’s on hand. Professor Wolfgang Fink, who came to the University of Arizona from Caltech last year, will be demonstrating the units on the first day of the conference prior to the Conference’s keynote by Andy Ihnatko.

The rovers which can carry a payload of 40 pounds, and the boat, are based on Mac Minis and controlled by iOS devices such as the iPod Touch over the Internet. Fink and his colleague Mark Tarbell will be available to answer questions and discuss University of Arizona research using smart robots to explore planets. 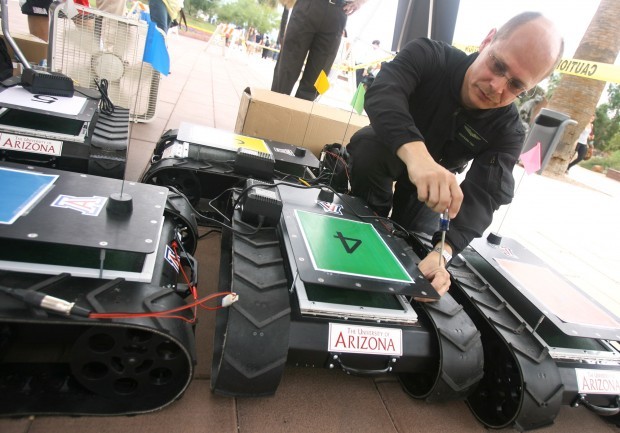 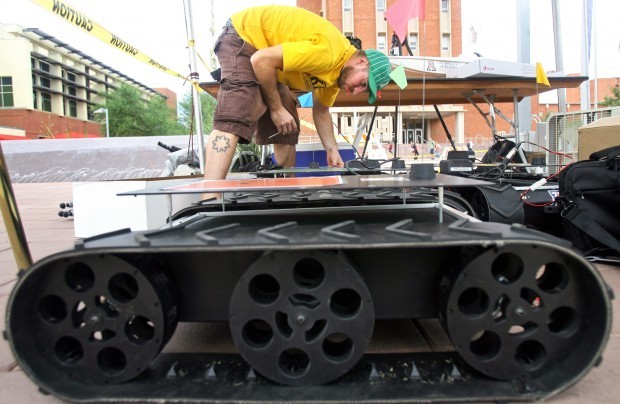 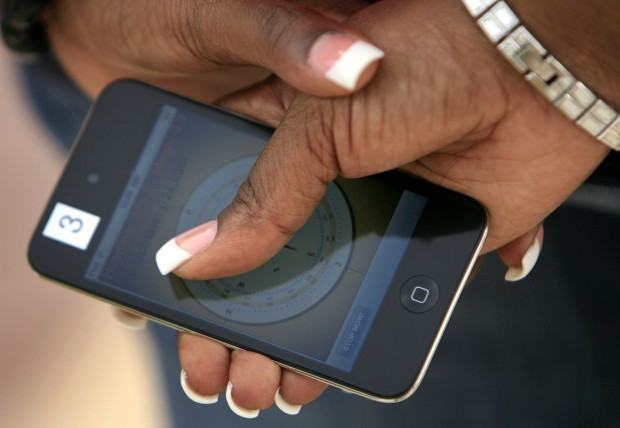 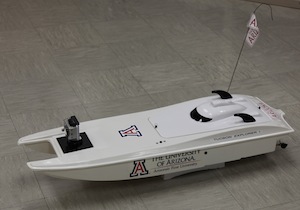 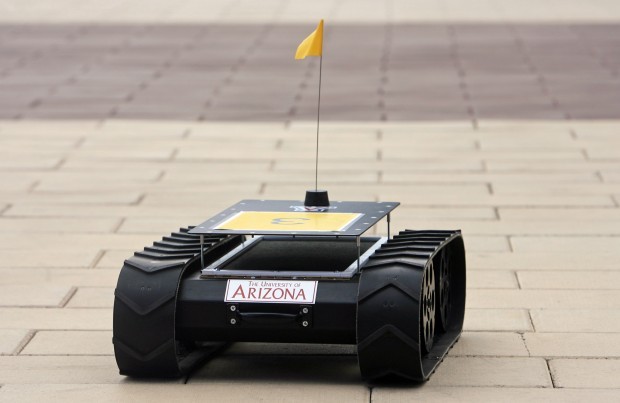 The rovers are being brought to MacTech Conference courtesy of:

More on the Rovers

“Only a few dozen scientists are developing robots with true high-level independence that enables them to avoid danger while investigating planetary features of their own choosing,” said Sam Kean in an article published in Science magazine. “One of those scientists is Wolfgang Fink, associate professor of electrical and computer engineering and biomedical engineering” at the University of Arizona.

“Fink envisions future planetary research being conducted by a hierarchy of intelligent, autonomous robots that could include satellites, airships or blimps, and a fleet of rovers or lake landers. Fink’s term for this concept is ‘Tier-Scalable Reconnaissance.’ The idea is that an orbiting satellite would direct atmospheric blimps to scan potentially interesting areas of a planet’s surface. The blimps would then order surface-based rovers to investigate geological features in detail and collect samples in situ. 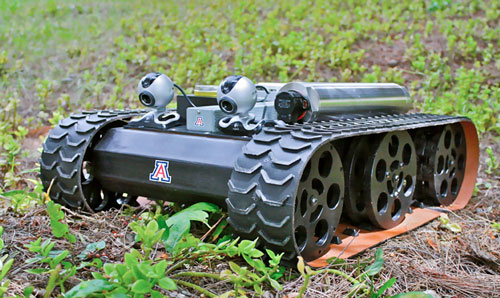 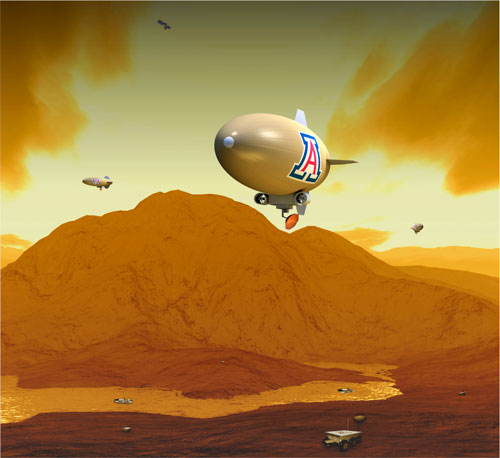 “Communication between the tiers in this robotic hierarchy would only take milliseconds, not hours, and the satellite at the top of the chain of command would make intelligent decisions about which sites were safest or might yield the most interesting results. Fink’s aim is to endow robots with curiosity. He wants them to want to investigate certain situations and environments, and then learn from those investigations so they can make increasingly smarter choices about where to go and what to investigate next.

“We currently have rovers, boats, and soon blimps on the UA campus ready to test,” said Fink. “The five rovers run on tank-like caterpillar tracks and carry a payload of 40 pounds each, so they are the rugged outdoor version of the previous generation of rovers we used to test artificial retinas.” These retinal implant test robots were covered by Arizona Engineer Online and UA News in a November 2009 story: “Engineers Will Create Planetary Rover From Retinal Implant Test Robot.”

“Fink and his team are currently building a test bed for Tier-Scalable Reconnaissance and plan to test their planetary exploration vehicles around campus before moving out to the desert surrounding Tucson.