Apple has unveiled the new Mac mini available with M2 or the new M2 Pro processors. The tech giant’s smallest desktop has a new starting price of US $599.

The Mac mini with M2 features an 8-core CPU with four high-performance and four high-efficiency cores, along with a 10-core GPU. For users with more intensive tasks, Mac mini with M2 offers up to 24GB of unified memory and 100GB/s of bandwidth. This means activities like image editing in Adobe Photoshop are up to 50% faster than the previous generation, according to Greg Joswiak, Apple’s senior vice president of Worldwide Marketing.

The M2 also adds ProRes acceleration to Mac mini, so tasks like video editing in Final Cut Pro are more than twice as fast, he adds. The M2 model can also simultaneously play up to two streams of 8K ProRes 422 video at 30 fps, or up to 12 streams of 4K ProRes 422 video at 30 fps. With all this performance, Apple claims the Mac mini is up to 5x faster than the bestselling Windows desktop.

The M2 Pro features to a 12-core CPU with eight high-performance cores and four high-efficiency cores, along with up to a 19-core GPU, M2 Pro has 200GB/s of memory bandwidth — double the amount in M2 — and supports up to 32GB of memory. The next-generation Neural Engine is 40% faster than M1, speeding up ML tasks like video analysis and image processing.

Designed to dramatically accelerate video playback and encoding while using very little power, M2 Pro offers a powerful media engine, which speeds through the most popular video codecs and can simultaneously play up to five streams of 8K ProRes 422 video at 30 fps, or up to 23 streams of 4K ProRes 422 video at 30 fps, according to Joswak. The M2 Pro-powered model is up to 14x faster than the fastest Intel-based Mac mini, he adds. According to Apple, when compared to the 27-inch iMac with Intel Core i7 and Radeon Pro 5500 XT, Mac mini with M2 Pro offers:

Both models feature two USB-A ports, an HDMI port, a Gigabit Ethernet port with a 10GB option, and an upgraded headphone jack to support high-impedance headphones. For wireless connectivity, both new models also feature the latest standards with Wi-Fi 6E5 for up to 2x faster throughput than before, as well as Bluetooth 5.3.

The new Mac mini with M2 and M2 Pro is available to order today, January 17, on apple.com/store and in the Apple Store app in 27 countries and regions, including the US. It will start arriving to customers, and in Apple Store locations and Apple Authorized Resellers, beginning Tuesday, January 24.

The Mac mini with M2 and M2 Pro will be available in Australia, China, Hong Kong, Japan, Macau, and New Zealandbeginning Friday, February 3.

The Mac mini with M2 starts at $599 and $499 (US) for education. Additional technical specifications are available at apple.com/mac-mini.

The Mac mini with M2 Pro starts at $1,299 and $1,199 for education. Additional technical specifications are available at apple.com/mac-mini. 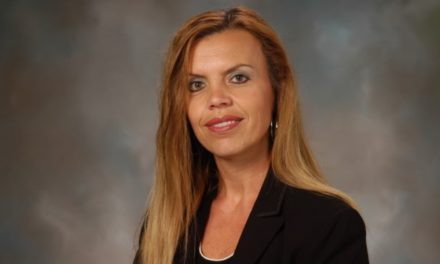 iPad 3G sold out in most of Apple’s retail stores