Global handset revenues declined 3% year-over-year (YoY) despite a subdued market where shipments fell 12% YoY, according to Counterpoint Research. However, a  steeper revenue decline was prevented by a 10% YoY revenue growth of Apple.

Consequently, the 5G revenue share reached an all-time high of 80%. With China being the single biggest market for OPPO and vivo, the ongoing COVID-19 and economic issues in the country resulted in a significant revenue decline YoY.

“At over $80 billion, the revenue contribution of 5G handsets reached an all-time high of 80% of global handset revenues, up from 69% in the third quarter of last year,” says Counterpoint Senior Analyst Harmett Singh Walia. “In the same period, LTE handsets’ revenue contribution fell 10% to $19 billion. This shift from 4G to 5G has been led by Apple, which alone makes up for over half of all 5G revenues as over 95% of its phones are 5G-enabled. Apple saw a 10% YoY revenue growth and 7% YoY ASP growth in Q3 2022, contributing to an overall increase in global handset ASP. This is thanks in part to the launch of the iPhone 14 series as well as the Pro models, especially from the previous generation, doing well.” 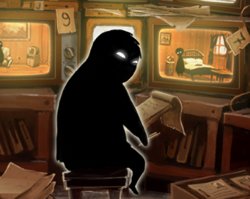 Beholder game available at Steam for the Mac