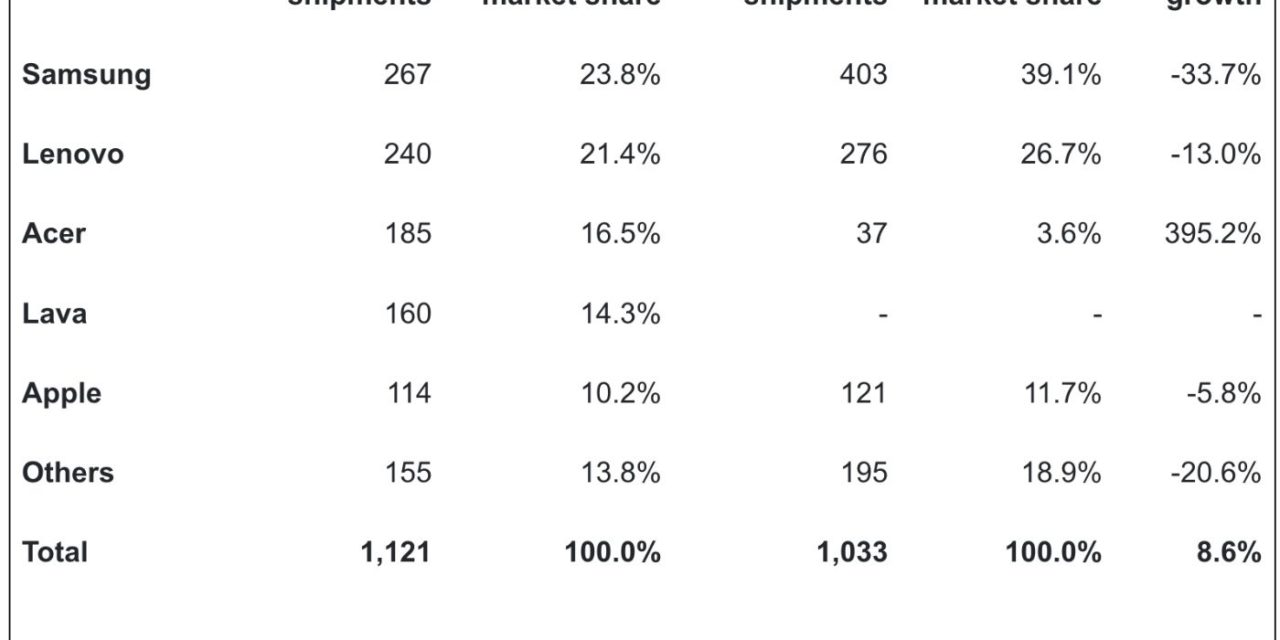 The growth of India’s PC shipments (desktops, notebooks and tablets) slowed to 12% in Q2 2022 to touch 4.6 million units, according to the Canalys research group. Apple and its Mac don’t make it into the top five vendors for desktops and notebooks, but the company’s iPad places fifth on India’s list of tablet sales.

The PC market in India fell below the 5 million units mark for the first time in four quarters, reports Canalys. Notebooks continued to be the largest category, with 2.6 million units shipped, up just 2% year-on-year due to stifled demand in the consumer segment. However, desktops witnessed a massive 70% year-on-year growth, with a record-breaking 900,000 units shipped in Q2 2022. Shipments of tablets increased by 9% year-on-year, reaching 1.1 million units.