Apple News Items You Should Check out: Aug. 23

° From 9to5Mac: The British government has backed a call by the country’s security services for client-side scanning for child sexual abuse material – aka Apple’s CSAM approach.

° From MacRumors: Apple will begin to use a new and longer serial number format for  the iPhone, Mac, Apple Watch, and other product repair parts starting October 1, a few weeks following the expected launch of the new iPhone 14, Apple Watch Series 8, and other new products.

° From The Guardian: Israel’s NSO Group, which makes the globally controversial Pegasus spyware said on Sunday its CEO Shalev Hulio would step down as part of a reorganization.

° From The Elec: Apple and LG have entered a long-term patent use agreement.

° From Cult of Mac: Apple may be making one of the most-requested iPad changes. In Apple’s upcoming budget tablet, the front-facing camera is reportedly moving from a short edge of the display to a long edge, which would put it near the top of the tablet in landscape mode.

Retrospect 14.5 for Mac is now available 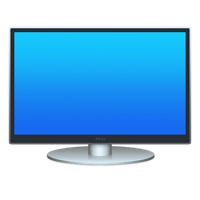