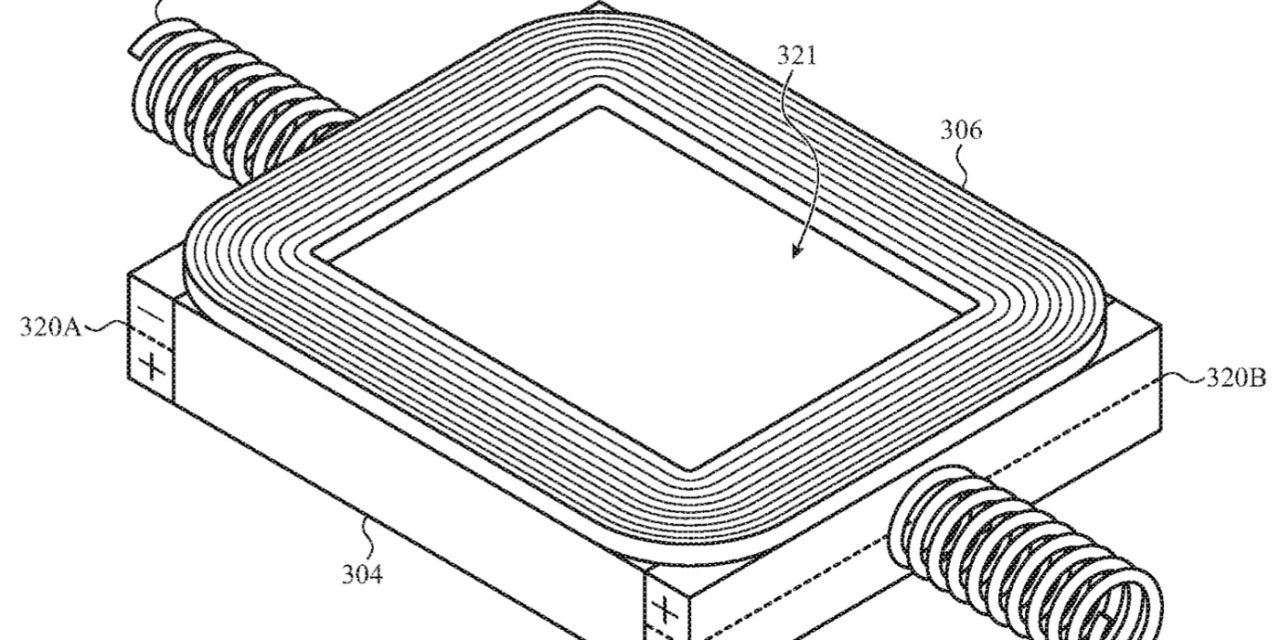 Future Apple Watches may have batteries that move in order to provide better haptic (touch) feedback. Apple has been granted a patent (number 11,334,164) for a “portable electronic device having a haptic device with a moving battery element.”

Traditionally, electronic devices include one or more buttons or electromechanical switches for providing input. However, Apple notes that as devices become smaller, there is less space to integrate traditional button-type input devices. Some devices include a touch sensor or touch screen for receiving input. However, Apple says that touch sensors generally lack the mechanical feedback to alert the user that an input has been registered.

The tech giant wants its smartwatch to better provide tactile feedback to a user during operation of the device. This would be accomplished with an Apple Watch with a “movable” battery element in order to produce a tactilely perceptible pulse or vibration along an exterior surface of the device.